This Letter to the Editor was published in today’s editions of the Nisqually Valley News:

“Regional daily newspapers published a June investigation citing Yelm’s Municipal Court denying public access to court files, inconsistent with state rules governing openness. Omissions in informing the public of Executive Session details [closed-to-the-public] and following Action Item on Yelm Council’s May 8 Agenda forced an alert council member to vote “no” due to lack of public disclosure. I wrote the council on this, not satisfied with answers from Yelm’s Public Records Officer [Lori Mossman]. The city’s Seattle attorney finally yielded that the May 8th’s “revised agenda notice was not distributed beyond City Administration.”

I contacted Tim Ford in the state attorney generals office on this and he replied,
“Obviously it is in the public interest of transparency and accountability to provide as much detail as possible.”
“It is also in the citys interest to do so in order to avoid being accused of violating the OPMA [Open Public Meetings Act].”

While the city is required to only write Minutes of each meeting, they have also offered an audio or video recording for many years. However in 2012, council recordings have been corrupted an astonishing 5 out of 15 meetings (33%). Yelm’s Council Minutes are so brief that key details from the July 10 Public Hearing where many property owners commented about the 6-year Transportation Plan were lost. For the citizen’s sake, Yelm can certainly afford to have a back-up audio recording of each session in their sparking-new Public Safety Building, yes?

Why bother to even care, right?
Yelm officials pride themselves on the influx of military families and Olympia state workers fueling the growth here. These residents are dedicated public servants who daily strive for full disclosure in all aspects of their jobs. The City of Yelm is no longer the small town of ten years ago, rather is noted for doubling population growth in the last decade. Can we anticipate the culture of Yelm’s officials will also be full disclosure “in the public interest of transparency and accountability,” no longer requiring a newspaper investigation for city officials to do the right thing for their constituents?

Posted by Steve at 6:06 am | Permalink | Comments Off on TO YELM CITY HALL:
“PUBLIC ENTITLED TO TRANSPARENCY & FULL ACCOUNTABILITY”

Chelsea Krotzer reports in The Olympian:
“Thurston County is seeking $2.1 million in grant funding to widen a section of Vail Road Southeast.

County commissioners approved the application at Tuesdays meeting. If the project becomes a reality, the county road fund will be required to kick in $562,500 in addition to the $2,137,500 grant.

The project would widen the driving lanes and add 5-foot shoulders to both sides between 158th and 135th avenues.

The road would widen from an overall 21 feet to 32 feet.”

“The application seeks funding from the County Road Administration Board . If its approved, it will provide project funding from 2013-15.

The county will learn this fall whether the application was approved, according to Theresa Parsons, civil engineer.”
Read more

Posted by Steve at 5:31 am | Permalink | Comments Off on County applies for funding to widen Vail Rd. section

Death by China will be shown at Yelm’s Triad Theater
– tonight at 7pm
– Saturday, September 1st at 10am and 2pm
– Sunday, September 2nd at 12 noon.
All screenings OPEN TO THE PUBLIC,
Ticket Price: $8 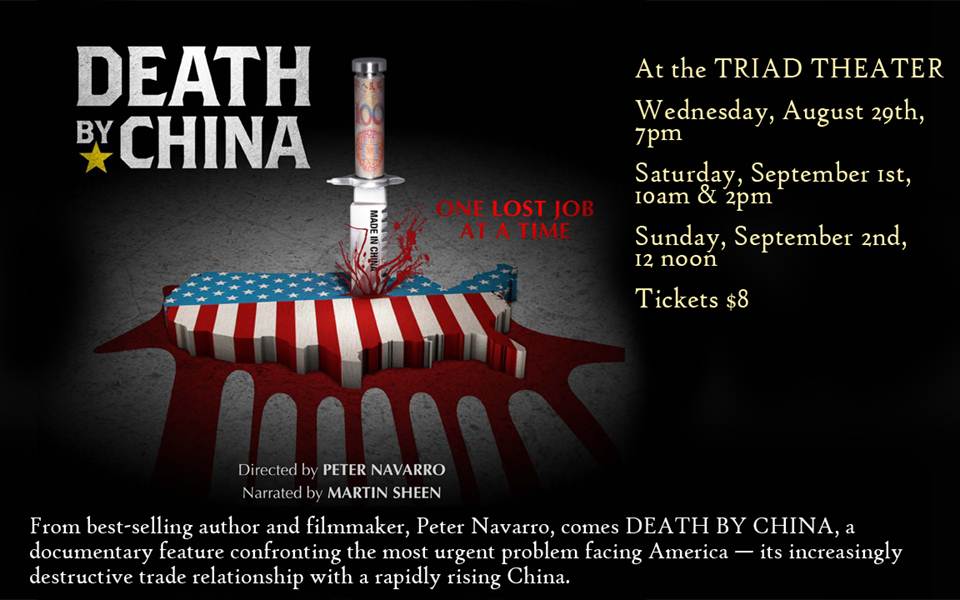 Posted by Steve at 5:58 am | Permalink | Comments Off on Yelm’s TRIAD THEATER screens acclaimed movie
“DEATH BY CHINA”

Posted by Steve at 7:23 am | Permalink | Comments Off on YELM COMMUNITY SCHOOLS Open Houses begin

Two Yelm area elementary schools were among the states 58 top-performing and most-improving Title I schools, known as Reward Schools, according to Randy Dorn’s office, Superintendent of Public Instruction.

Yelm-area Lackamas and Southworth elementary schools were on the list achieving this honor.

Dorn’s statement said:
“Reward Schools are classified either as highest performing or high-progress:

Posted by Steve at 6:04 am | Permalink | Comments Off on Lackamas, Southworth elementary schools honored

– From the Facebook page of South Puget Sound Habitat for Humanity & Habitat Stores:
“We are excited to have the space.. It does need some work but we hope everyone loves the changes we will be making!”
Click here for the pictures of the stores renovation.

Habitat for Humanity works in partnership with people in need to build and renovate decent, affordable housing. The houses then are sold to those in need at no profit and with no interest charged.”
Learn more

Posted by Steve at 6:28 am | Permalink | Comments Off on South Puget Sound Habitat for Humanity coming to Yelm

Written by: Brandi Rademacher:
“I met them at the Thurston County Fair promoting their book, The Chicken and the Dog. Andre and Amanda Maxwell have written an adorable book about trying to cultivate Urban farming that appeals to the youngest of readers (and I couldnt help lovin it, too!). It tells the partly true story of two urban chickens whose happy life is interrupted by bandits of the masked kind (raccoons) in a chicken burglary that leads the dog and one of the chickens on a rescue mission all around Olympia to find their stolen friend.

The Maxwells have created an entire kingdom of t-shirts, temporary tattoos, coloring pages and website activities for kids that correspond to the book. You can even download the book to your Ipad. They also feature local blogs relating to everything chicken. The couple will be at the Yelm Farmers Market August 26th 11am-4pm signing their book and providing fun activities for the kids.”
Read more

Posted by Steve at 5:43 am | Permalink | Comments Off on “Olympia Children’s Authrors Come to Yelm” TODAY

Sponsor one or more military IDs for $1 each as they are shown at the Co-op and the Market and the proceeds will go to help PTSD.

Read about Rainier Therapeutic Riding at www.rtriding.org.
The event is sponsored by Spiral Cafe Gourmet to Go 360-400-2233.

And the Winner Is. .
Thank you everyone who participated in our Military Charity Poll. Our winner for the upcoming Military Fun Health Day is Rainier Therapeutic Riding Center with 79% of the votes. We are pleased to support all of these wonderful charities and hope you will find ways to support each one throughout the year. Rainer Therapeutic Riding is an organization based out of Yelm, and they are doing some wonderful work with military families. We encourage you to bring your military id to the Yelm Co-op and then at the Farmers Market on August 26th as we are donating $1 for each id shown to our winner. Rainier Therapeutic Riding representatives will be on hand to share their unique mission with us.

Remember that there will be nutritional consultants, free samples, games and free raffles as well as games and activities especially for the kids at the Co-op and Market on the 26th in addition to our wonderful produce, fruit, artisan and food vendors.
Come out and join the fun.

Posted by Steve at 12:54 am | Permalink | Comments Off on IN YELM TODAY: Military Fun Health Day

From KOMO-TV News 4v in Seattle:
“The Rainier Community Garden is sponsoring a free food preservation class just in time for the harvest.”

Posted by Steve at 6:24 am | Permalink | Comments Off on Rainier: Food Preservation Class today