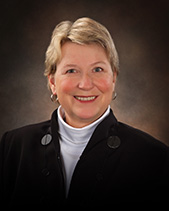 Founding FESS in 2000, Shelly has over 28 years of experience working with children and families as an educator, advocate, and advisor. In addition to her non-profit work, she serves as adjunct faculty for South Puget Sound Community College, chairs the Washington State Kinship Oversight Committee, the Thurston County Parent Education Network, and co-chairs the Thurston Early Childhood Coalition. Shelly also participates on the Domestic Violence Task Force, Child Protection Team, Child Abuse Prevention Coalition, the Thurston Council on Children and Youth, and the Zonta Club of Olympia.

In 2011, Thurston County experienced a significant spike in cases of severe child abuse and neglect. While 2012 statistics showed a small decrease in cases, there is still concern about the elevated number of reports of children being harmed. In response to this increase, the Thurston County Child Abuse Prevention Task Force has partnered with the Thurston Council for Children and Youth to raise awareness of and identify preventative measures to reduce harm to children. On April 2, Thurston County Commissioners proclaimed April 2013 Child Abuse Awareness Month as part of a broader national campaign.