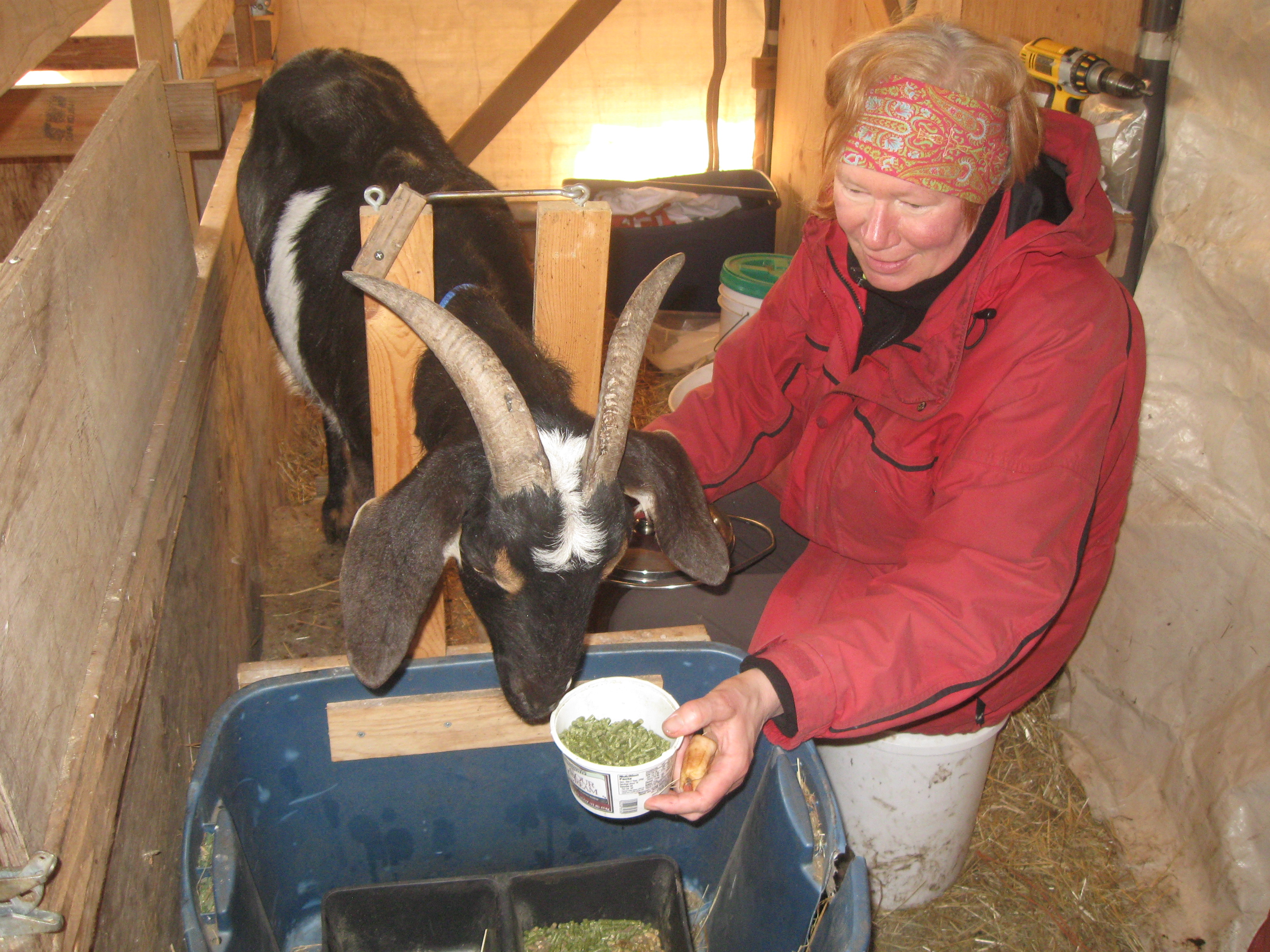 OPEN TO THE PUBLIC
Empowerment through Knowledge and Experience,
Homesteading Skill classes to become more self-sufficient.

February
– Make your own probiotic drinks and other healthy beverages as well as kefir.
Sunday, February 23rd, from 2pm to 5 pm.
Here you learn all the yummy and wild alternatives to sodas and soft drinks. You will be introduced to how to make kefir, a very easy probiotic food and drink. We will show you how to make Kombucha the natural way as well as with different natural flavors.We will also talk about how to make your custom made drink to protect and support you against radiation. We also have Ginger Ale and Honegar on our to-do-list. You will take home some kefir start and Kombucha Scoby.
Cost: $35 plus $4 material.
Click here for a Pre-View for this class.

March
– Stock up your medicinal cabinet. Learn to make different tinctures and oils from the wild.
Saturday, March 15th from 2pm to 5pm.
At this time of the year we will use different roots from several plants, just before the life force of the plant will start new growth in Spring. We will work with Oregon Grapes, Comfrey, Usnea and Dandelion.
Early Bird Special till March 7th $ 30; after March 7th $35.

Watch Pre-View for this class: http://www.youtube.com/watch?v=qzOCEFr88bc&feature=youtu.be

Posted by Steve at 4:46 am | Permalink | Comments Off on Karla’s Homesteading Wild Shop, Saturday –
OPEN TO THE PUBLIC

“State legislators in the Washington House of Representatives just voted unanimously (97:0) to approve HB1888, which effectively nullifies the federal ban on hemp within the state of Washington,” quoting BenSwann.com.
Read more

Posted by Steve at 6:48 am | Permalink | Comments Off on “Washington … Legislators Pass Hemp Nullification Bill”

People are invited to ask questions and make comments. Wilcox and Hunt will give attendees a briefing on the legislative session.

The details are as follows:

Posted by Steve at 6:20 am | Permalink | Comments Off on 2nd District Town Hall in Yelm Saturday

“Research has shown that there are potential links between anencephaly and exposure to molds and to pesticides, Ashley-Koch said. Central Washington is a prime agricultural area that produces crops from apples and cherries to potatoes and wheat, which may require pesticides that contain nitrates.

‘They may have eaten the same type of produce from a particular grower or farmer, which essentially put all those folks at risk,’ she said.

Posted by Steve at 5:59 am | Permalink | Comments Off on Yakima’s water? –
“‘Bizarre’ Cluster of … Birth Defects Haunts … Experts”

Editor’s Note:
Michael Wagar marks his one-year anniversary at the Nisqually Valley News (NVN) this week.
The Yelm Community Blog honors him for what he has done to transform his newspaper into one of fair reporting on all aspects of our community. We wish him well in the coming years of his tenure at the NVN helm!
He promised a newspaper providing “balance, honesty and respect” and has delivered, IMHO!
Congratulations Mr. Wagar on a fabulous first year.

– Wagar elected to WNPA Board of Directors
Nisqually Valley News (NVN) Publisher Michael Wagar was elected to the board of directors of the Washington Newspaper Publishers Association at its 126th annual convention in October 2013.

“In addition to Wagars election, the NVN won 12 awards for its advertising, photography and reporting, including five first-place awards.

Posted by Steve at 6:36 am | Permalink | Comments Off on Michael Wagar’s one-year anniversary at NVN noted

Posted by Steve at 6:07 am | Permalink | Comments Off on “Yelm community worried about Deschutes flooding”

The National Weather Service has issued a flood warning for the Deschutes River near Rainier.
Read more

Posted by Steve at 8:15 am | Permalink | Comments Off on Flood Warning issued for Deschutes River near Rainier

Local reflections on this Presidents’ Day 2014

On this Presidents’ Day 2014, we pause to reflect on the achievements, the honor and integrity of leaders such as Washington and Lincoln. They put the public interests first and foremost: Washington rejected being made a King, Lincoln gave the ultimate sacrifice in sticking to his principles and lost his life.

We all are looking for this kind of leadership, and nowhere is that more important than in America’s local governments. Yes, I have been a critic of many inequities I have seen coming out of Yelm’s City Hall, yet have also been fierce in acknowledging a job “well done.”

The major issue Yelm Mayor Ron Harding has practiced since he came onto the political scene here in the 2001 is his lack of candor with the public, supported by his shifting public statements on key projects. That was clearly demonstrated for new residents and long-time constituents at his State of the City Address last Tuesday.

– HARDING MOVES AHEAD ON COMMUNITY CENTER WITHOUT PUBLIC INVOLVEMENT
Harding reported to those gathered, as reported in the Nisqually Valley News (NVN),
“The city has $1 million from a state grant to complete the community center project, Harding said. The city council has also set aside $1 million for the project.

The community center will be about 5,000 square feet and consist of restrooms, a commercial kitchen, and a large room that can be divided into smaller rooms, he said.

The skate park would be moved across the road from the park in the old public works yard, Harding said. He said the city would engage skateboarders to see what they want in a new skate park.”

Moving forward on this is contrary to what Harding was quoted as saying in the NVN posting on November 7, 2013 after TWO Park Bond initiatives failed:
I think at this point what well do is probably convene a workgroup, maybe of some community members and staff and probably just step back and say, what are our options, how can we best put the limited number of dollars we have to the best use for the community, and what does that look like? he said. I dont want to take anything off the table.

– HARDING TOOK PUBLIC INVOLVEMENT OFF THE TABLE!
WHAT HAPPENED TO CONVENING A WORK-GROUP WITH SOME COMMUNITY MEMBERS?
And, there was no mention how moving ahead on the Community Center would dovetail with the Park proposal.

And Harding’s proposed move of the skate park across the road from the park in the old public works yard, without public discourse, has enraged many property owners nearby, where major feedback will be forthcoming.

We are now well-indoctrinated as we begin our 9th year of Mayor Harding’s “Doublespeak”!
[Doublespeak is language that deliberately disguises, distorts, or reverses the meaning of words.]
As per usual, Mr. Harding’s modus operandi, which has become his hallmark, continues –
SAY ANYTHING TO APPEASE AND YET OMIT PUBLIC PROCESS.

Oh, and to you architects out there, you should ask if the City of Yelm posted the bid publicly on planning and design of this smaller down Community Center!

Posted by Steve at 12:00 am | Permalink | Comments Off on Local reflections on this Presidents’ Day 2014

“The terrifying surveillance case of Brandon Mayfield”
“With NSA overreach, nobody is safe from confirmation bias”

Mayfields ordeal is a cautionary tale of what can happen when the government clamps down on its suspect and refuses to release its grip. In the fortunate case of Mayfield, the government finally released him but only after it turned his life upside down in the process.

Nearly a decade later, the governments secret surveillance capabilities have become only more powerful, thanks to social media, smartphones and other technologies. The bulk collection of Americans personal data makes it more likely that false positives innocent Mayfields coming under government scrutiny will occur. And when that false positive is an American Muslim or an anarchist or an aggressive environmental activist, will government agents and analysts have the ability to set aside their prejudices and excitement and weigh all information, particularly contradictory evidence, before condemning those unfortunate few to bogus charges and public suspicion?

Confirmation bias should make us skeptical of this possibility,” quoting by Matthew Harwood in Al Jazeera America, “an American news channel reporting unbiased, fact-based and in-depth journalism that gets you closer to the people at the heart of the news.”

Matthew Harwood is a writer living in Alexandria, Va. His work has appeared in The American Conservative, The Guardian, Salon, TomDispatch and elsewhere. He is currently a media strategist at the ACLU’s Washington legislative office. The views expressed here are his own.
Read more

Editor’s Note:
I relate the Italian case against Seattle native Amanda Knox in the same context as Mayfield’s, which:
“is a cautionary tale of what can happen when the government clamps down on its suspect and refuses to release its grip”

“Meredith Kercher murder trial has shown Italian justice system to be more concerned in saving face than looking at the evidence”
“Those who believe Knox and Sollecito are guilty have often complained that the memory of the crime victim, Meredith Kercher, has been lost in the media shuffle. The real scandal, though, is the way the entire Italian judicial system has itself tarnished Kerchers memory by chasing phantoms and needlessly tormenting two wholly innocent young people, all because it wont admit that it blew the case from the start,” by Andrew Gumbel in UK’s Guardian. Gumbel was co-author of Raffaele Sollecito’s account of the case, Honor Bound: My Journey to Hell and Back with Amanda Knox.
Read more

Posted by Steve at 12:04 am | Permalink | Comments Off on This IS scary –
and may be a contributing factor in the Amanda Knox case

“California drought teaches us to grow more of our food”

“A contingent of 48 students and two faculty members from The Evergreen State Colleges yearlong Ecological Agriculture class just returned from a two-week road trip into the heart of California drought country.

The drought, entering its fourth year with no signs of letting up, is all that farmers they met could talk about from Northern California to the Salinas Valley and beyond, TESC adjunct faculty member TJ Johnson said.

Normal crop plans for 2014 are flying out the window as some California producers scrap water-dependent crops such as melons, tomatoes and corn for less thirsty ones, said Johnson, an active member of the South Sound local food security movement.

Some ranchers are culling their herds because they cant grow enough hay to feed their livestock. The lack of hay is forcing some organic ranchers to switch to conventional feed.”

“California grows about 50 percent of the nations fresh fruits, nuts and vegetables,” by John Dodge in The Olympian.
Read more

– “Drought Threatens to Cripple California Agriculture Industry”
“A withering drought that has turned California rivers and reservoirs to dust now threatens to devastate the agriculture business in the countrys top farming state.”

“The historic drought which Gov. Jerry Brown has called an “unprecedented” emergency has imperiled the region’s $44.7 billion agriculture business. It could cost the state $2.8 billion in job income and $11 billion in annual state revenue, according to data from the California Farm Water Coalition, an industry advocacy group,” quoting Miguel Almaguer and Daniel Arkin, NBC News.
Read more

Posted by Steve at 6:11 am | Permalink | Comments Off on “California drought teaches us to grow more of our food”