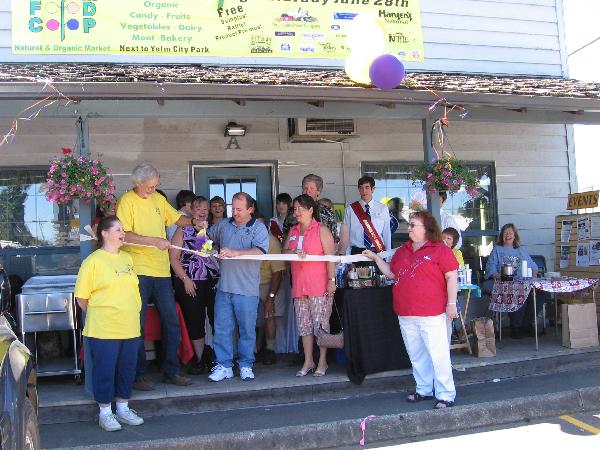 Yelm Chamber of Commerce Executive Director Cecelia Jenkins has announced her retirement at the end of 2014. Jenkins has been a fixture involved in this community most all of her life, starting with her volunteerism as a young adult in her first year out of high school. Jenkins graduated from Yelm High School in 1967 and has been employed by and/or supported Yelm’s schools ever since. She is the first and only employee to receive a Yelm Community Schools 40-year service pin.

One of her many notable achievements was in founding the Yelm Community Education Council more than 25 years ago. This council is responsible for the annual Project Community Santa, Clothing Connection and Kits for Kids. As an example, each of those projects served more than 600 children in 2008.

Jenkins also started the Yelm Community Education Foundation, whose funding supports Yelm public schools, i.e. purchasing library books and awarding scholarships. She has also been involved in the Midday Lions, the Yelm High School Booster Club and Yelm Prairie Days, of which she has been a Parade announcer for many years. She also initiated the Yelm Business Partnership Program.

Cecelia said she and her family will remain in the area and she will continue her service to the community as a volunteer. 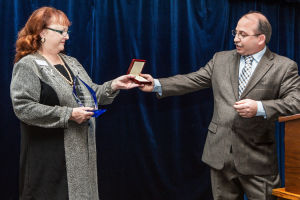 Cecelia Jenkins has received every accolade this city has to offer, including and not limited to:
– Nominated in 2008 for the 41st Annual Citizen of the Year organized by the Kiwanis of Olympia. While she did not receive the award, the nomination was quite an honor to have Yelm represented by Jenkins.
Read more from Olympia Kiwanis.

– 2014 Nisqually Valley News Who’s Who Designation, the 6th recipient of this award.

– Chamber of Commerce Person of the Year in December 2013, after serving as the Executive Director for 16 years.

– Cecelia & husband Jerry were 2013 Christmas in the Park Grand Marshals.

– Recipient of the symbolic “Hawthorn Pen” presented by Mayor Ron Harding, the virtual key to the city.

Editor’s Note:
In my experience, Cecelia always had a smile and treated everyone fairly. In a town not so ecumenical to all, Cecelia has been one of a small handful of local folks who looked to the value of each individual drawn to move to Yelm and contribute to the fabric of this community. I have witnessed this as a constant in Cecelia for the 26 years I have been a resident here and something of a rarity.

THE YELM COMMUNITY BLOG WISHES CECELIA WELL IN HER NEXT ENDEAVORS.