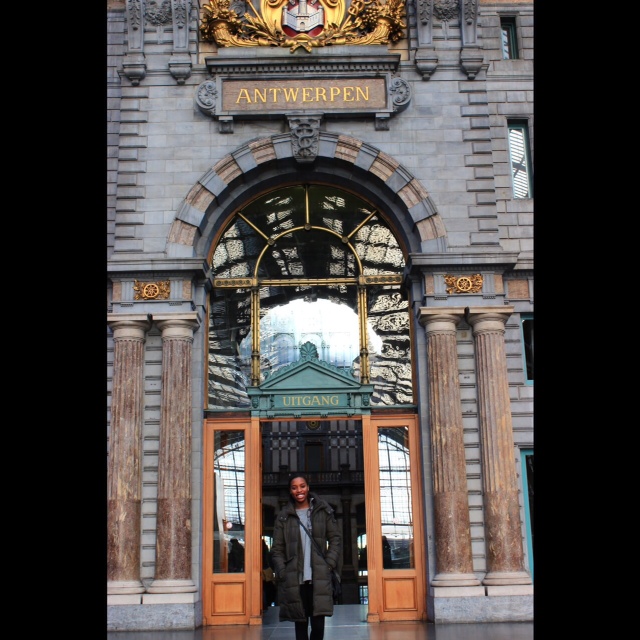 Tiara Webb, the daughter of Renee Webb, the former [Bermuda] Progressive Labour Party Member of Parliament, has been awarded the Barney Scholarship from the Office of International Programs at Washington State University [WSU] to study in Europe.

Ms Webb graduated from the Annie Wright School in 2011 and plans to graduate from WSU in May 2016, with a degree in journalism and media production.

She has been on the honour roll during her time at WSU and has been working as a resident adviser for first-year students.

Ms Webb is also a member of the Golden Key International Honor Society, the National Society of Collegiate Scholars and the Society of Leadership and Success, and will be studying in Brussels, quoting The Royal Gazette, in Bermuda.
Read more

Posted by Steve at 7:57 am | Permalink | Comments Off on Rainier’s Tiara Webb awarded WSU scholarship –
to study abroad in Europe

Have you experienced Yelm Cinemas’ Recliners?

Posted by Steve at 6:11 am | Permalink | Comments Off on Have you experienced Yelm Cinemas’ Recliners?

“U.S. Rep. Denny Heck – with his wife Paula by his side – thanks supporters during an election night gathering at the Water Street Cafe in Olympia on Tuesday, Nov. 4, 2014.” [Thurston Democrats Chair Roger Erskine is on the right].
Photo credit: Tony Overman, The Olympian.

From Rob Hotakainen, The Olympian:
“The new Congress is not even one month old, but Washington state Democratic Rep. Denny Heck is already looking ahead to the next session, making plans aimed at reviving his party in the 2016 elections.

After taking a beating in 2014, Democrats in the House of Representatives have tapped Heck to lead their 25-member recruitment committee for next year.

Its a big assignment for Heck, 62, a second-term congressman from Olympia.”
Read more

Posted by Steve at 6:33 am | Permalink | Comments Off on Heck chosen to lead Dems 2016 candidates search

From Rep. Denny Heck’s constituent newsletter:
“Right before the holidays arrived, President Obama signed into law the Senate version of my bill, the Stability for Servicemembers Act. This new law extends mortgage foreclosure and eviction protections for servicemembers, halting foreclosures for a one-year period after active duty ends to allow for enough time to for veterans to get their financial affairs in order.

Posted by Steve at 6:08 am | Permalink | Comments Off on Rep. Heck: “KEEPING HEROES IN THEIR HOMES”

Superbowl XLIX on the bigscreen in Yelm

– “Grannies Got Game”
From the Ice Chips Candy founders for last year’s SuperBowl.
Click here for their video.

Posted by Steve at 6:40 am | Permalink | Comments Off on Superbowl XLIX on the bigscreen in Yelm

From Amelia Dickson, The Olympian:
“The Accountability and Restitution Center will soon be empty no more. Thurston County commissioners and Sheriff John Snaza reached an agreement to move into the new jail at a Wednesday afternoon meeting.

Commissioners Cathy Wolfe and Sandra Romero met with the sheriff alone. New Commissioner Bud Blake was unable to attend. But a member of Blakes staff said he was happy with the agreement, too.

The parties will officially sign a letter of intent to move into the facility at a Friday event, but the elected officials all said theyve made their decision.

‘Im looking forward to all of our years of planning finally going into action,’ Snaza said. ‘This is going to be huge.’

The move to the ARC really has been in planning stages for years. Construction on the new jail wrapped up in 2010. But despite multiple attempts to move in, the building has been sitting empty because of budget woes and disagreements.

‘Im wondering what its going to feel like to serve our citizens without having this over our heads,’ Romero said.”
Read more

Click here for more info on the Thurston County Accountability and Restitution Center.

– The Cattleman’s Restaurant
Under new management in the former Bunkhouse location on the west side of Yelm.
Their sign says they will open soon, with new owners and lower prices.

Posted by Steve at 6:23 am | Permalink | Comments Off on Two new Yelm businesses in the works

– From the website:
“The SOUTH SOUND SEED COALITION, [is] a partnership between the Olympia Seed Exchange, South Sound Seed Stewards (S4) and Eastside Urban Farm & Garden Center. We are combining forces to create a more powerful seed and farming resource for the South Puget Sound.

In 2015 the Coalition will sponsor training sessions, garden tours, seed exchanges, and field trips to assist the home gardener and local farmer in expanding their knowledge regarding the importance and specifics of seed saving.

Community members can join us for the trainings to become a Certified Seed Saver.”
Read more

– From Lois Willman, VP of South Sound Seed Stewards (S4):
“We are thrilled to announce this collaboration in an effort to expand the educational and practical skills in the area of seed preservation. The South Sound Seed Stewards organization, which was founded 21 years ago, sees this as another step forward in community independence and self-reliance by producing and sharing locally adapted, open-pollinated seeds.

When one considers our current environmental and geopolitical climate, we believe it is now more important than ever to provide the home gardener with the educational resources necessary for sustainable gardeningnot just how to grow, but how to select, harvest and preserve seeds for the future.”

Posted by Steve at 6:22 am | Permalink | Comments Off on Introducing the South Sound Seed Coalition

On the City Council agenda tonight

The Yelm City Council will vote on these two issues tonight:

Posted by Steve at 6:53 am | Permalink | Comments Off on On the City Council agenda tonight

Posted by Steve at 5:50 pm | Permalink | Comments Off on Record high temperature broken for this date