Yelm’s Klein honored by U of Miami Pres. Shalala 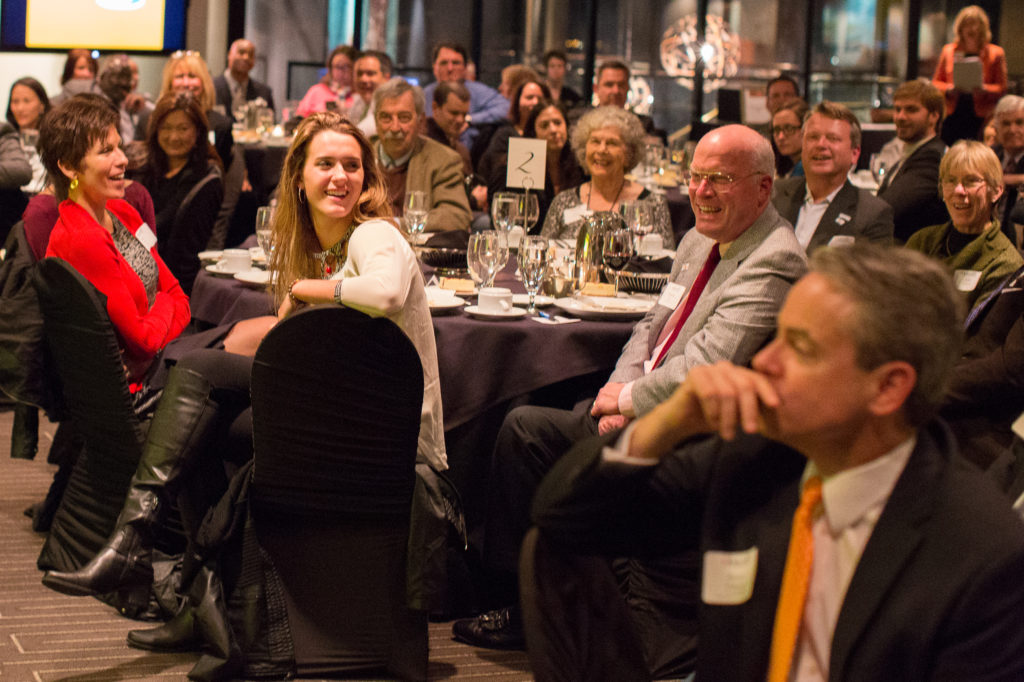 Yelm Blogger Steve Klein was 1 of 2 alumni honored by University of Miami (FL) President Donna Shalala at Seattle’s Columbia Tower Club January 20, 2015. Shalala has served as the University of Miami (UM) President for 14 years following her service as President Clinton’s Secretary of Health and Human Services. Seattle was the 18th stop on a yearlong 21 city “Impact of U” worldwide tour to bring awareness of school achievements to UM alums, family, friends and current students. The evening also highlighted the Seattle ‘Canes Alumni Assn chartered in 2011 to serve the Pacific Northwest. The event and photos were recently published in the University of Miami Alumni News.
Click here

Klein was recognized for advancing his alma mater through 20 consecutive years of donations to the UM Alumni Assn., because annual alumni giving is a category for “Best Colleges” rankngs, as Shalala explained. She also referenced his utilizing 2 Business Degrees (BBA ’76, MBA 78) for the last 37 years since graduating in furthering the airline and corporate travel industries. Shalala referenced Klein’s rise in various sales and management positions beginning in the world headquarters of Miami-based Eastern Airlines in the late 70’s and 80’s, then the largest airline in the “free world.” After almost a decade with Eastern, Klein was hired in 1986 by Pacific Southwest Airlines (PSA) as the airline’s Asst. Dir. of Sales in San Diego. Klein then worked as an independent consultant to the airline industry, moving to Yelm in September 1988. He recently retired as Yelm-based Ramtha’s School of Enlightenment (RSE) Event Services and Corporate Travel Manager.

Klein was also noted for his service to UM as a student football manager and graduate assistant for the 1972-1978 seasons inclusive (working with such notable football staffs of Fran Curci, Pete Elliott, Carl Selmer and Lou Saban). He also funded a 2006 ceremony dedicating a permanent plaque in the UM Locker Room and the UM Sports Hall of Fame to honor his mentor, UM Football Equipment Manager Jimmie Hodges, followed by a letter after Hodge’s death published in The University of Miami Magazine in 2009 titled, “Remembering a Mentor.”