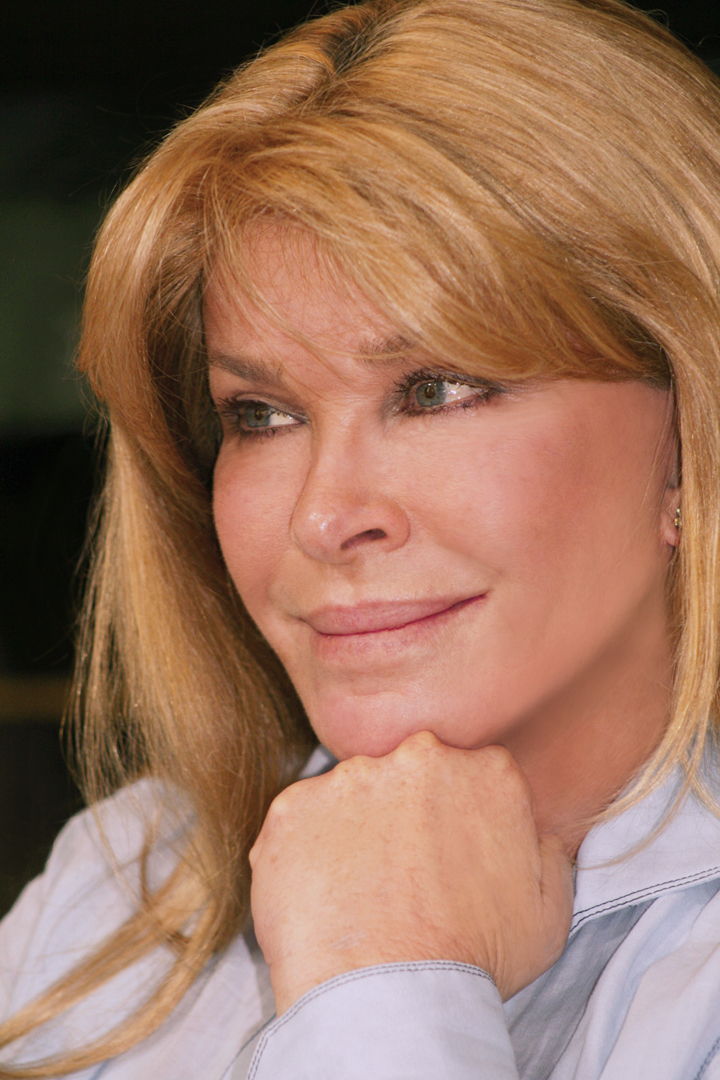 – Yelm’s JZ Knight penned a byline in 2008 describing the effects of global warming.
JZ Knight was prophetic in 2008 of the impending threat to America’s East Coast and Northern Europe from the shift in ocean currents caused by the melting Arctic and Greenland ice cover.
Knight described what was then-happening on the belt of the Atlantic Ocean’s “thermohaline pump,” which drives both temperature and salinity of the water. This pump powers up the continuous flow of the world’s ocean currents. The effects of global warming have diminished the fragile balance of this pump to a then-low 49-percent capacity. Knight questioned what would happen to North America and Europe if the Gulf Stream ceased altogether.
We’re reminded today how prophetic she was with the most severe winter and summer storm records occurring in recent years.

At least fourteen people have died in the storm, which has dumped more than 30 inches of snow on parts of five states and brought wind gusts as high as 85 mph along the Atlantic coast. Several major cities reported over 2 feet of snow and many all-time snowfall records have been broken.

Below is a roundup of top reported snow and ice totals and high wind gusts associated with Winter Storm Jonas,” by Nick Wiltgen and Quincy Vagell and Chris Dolce, weather.com.
Read more

–“In Greenland, a Climate Change Mystery With Clues Written in Water and Stone”
“The effects of climate change are starting to make themselves clear just about everywhere, but nowhere more dramatically than Greenland. The giant island holds the world’s second largest ice sheet, and it’s melting fast—an average of 287 billion metric tons of ice a year.

Global warming is the big culprit, but scientists aren’t so sure about a lot of the details. And they need to be, to help figure what might be ahead for the rest of us as melting ice leads to sea level rise and big changes in the oceans,” by Ari Daniel PRI’s The World.
Read more

– JZ Knight’s byline published in August 2008, is even more relevant today.
The following is an excerpt:
Humanity has caused global warming, and day by day the dangers are growing into a planetary emergency. Our polar icecaps are melting at alarming rates. Sea levels are rising. Mountain glaciers, which provide us with our drinking water, are melting. Mountain snowcaps are disappearing. We have record heat waves, hurricanes, typhoons, and droughts. Some landmasses are sinking, and rivers and lakes are disappearing. Of recent concern is the momentum of the world’s ocean currents all linked together in a loop called the global ocean conveyor belt, in which the Gulf Stream of warm water flows to the East Coast of America and then merges with the deep cold-water currents from the northern Arctic waters. Scientists describe this belt as a giant “thermohaline pump” because it is driven by both temperature and salinity of the water. This pump powers up the continuous flow of the world’s ocean currents. At present, the effects of global warming have diminished the fragile balance of this pump to a low 49-percent capacity. What would happen to Europe if it ceased altogether? Would an ice sheet covering most of Northern America and Europe appear overnight? Would this be a new ice age? Scientists are worried because it has happened before. Research oceanographer, Dr. Ruth Curry, is very concerned because of the rapid ice melting in Greenland where the cold fresh water flows into the adjacent conveyor belt, essentially overwhelming its delicate balance. The recent decline of the belt’s momentum to 49-percent is due to Greenland’s meltdown. Scientists have determined that in the remote past this shut the system down, leading to an ice age. Are we ready for that to happen again?

– Knight provided the path to the future by asking the key question:
Can we change our immediate future?
Yes, but we will have to change the way we live…
The policies of our governments must change as well. We can unleash our minds toward a new genius of innovative technologies and energy solutions that repeal the effects of global warming. The task is daunting, but it does begin with each one of us.

You could find new and innovative ways to energize your home and workplace. If you can’t afford a new hybrid car, ride a bicycle or walk. Learn to grow your own food, beginning with your vegetables. Plow up your lawns planted with flowers and plant food. Empty your flower pots on your patios and plant tomatoes, potatoes, squash, and herbs, as an example, and fertilize them organically. Remember, industrial fertilizer contains toxins that make their way into the ecosystems and into the potable water supplies. Eat less meat, unless you raise it yourself. Don’t drink water from soft plastic disposable containers but drink from reusable glass containers. Learn to filter your water. Don’t buy products packaged in plastic. Don’t fill your groceries into plastic bags. Bring your own earth-friendly material bags and deposit your groceries in them. Turn your lights off when not in use. Plant trees everywhere. Put many live plants in your home and office space, as they remove the carbon from the air and release clean oxygen. Store enough food, water, medical supplies, and clothing — especially warm clothing — for two years. If you live by the oceans, rethink you and your family’s vulnerability living next to the water and consider moving to higher ground. If you can drill a well for water, do so and test it for purity. These are wise considerations for improving your life as well as your family’s life that Ramtha prophetically gave us more than twenty years ago, as you will see in this book. They are necessary changes that will improve your sense of security and preparedness. These changes are, in essence, an investment into a future security that will help you advance and avoid an impending calamity….

We are not without the resources of will, inspiration, and a desire to dispense with the greed that placed us on the precipice. We can choose to either tether into an abyss or have a second chance of moving onward to a brighter future. It’s up to us — no kidding and no hype!

Blogger Klein is a retired employee of JZK, Inc. and in his 30th year as a continual student of Ramtha.