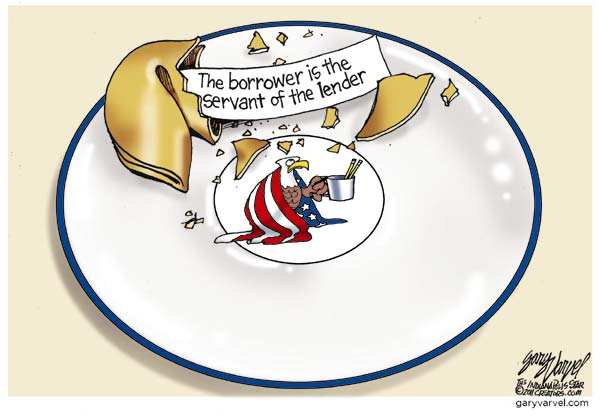 – DID YOU KNOW YELM PAYS AN ANNUAL LIBRARY CONDO FEE AVERAGING IN EXCESS OF $20,000?
– WAS THERE A “SWEETHEART DEAL” BETWEEN THE CITY OF YELM AND PRAIRIE PARK FOR THE LIBRARY?
– WHERE IS SERVING THE PUBLIC INTEREST AND INCLUDING THE PUBLIC IN THE PROCESS?

– CURRENT CITY BUDGET LIBRARY EXPENSES
Now, the 2016 Yelm City Budget was presented to the public in latter November with two Library expenses:
$65,000 and $190,452.
So, I asked Mr. Harding why suddenly so high?
His response:
Our previous year’s budget in 2014 was set at $65,000 and this is the amount we would normally budget. The budget can vary because of billing, timing, onetime expenses.

We generally budget year to year and change as needed. The variation in this budget is not unusual or a major increase we just had deferred expenses billed in 2014 which was used to budget for 2015.

If you are looking at the budget summary sheet For the $190,452. This summary sheet now includes all expenses related to this department. Previously a large portion would have been listed in debt services and this number includes the $65,000 as well.
This is also not a large increase over the previous year, merely reporting the numbers in one place where before we reported in two and they need to be added together.

– LIBRARY EXPENSES BREAKDOWN
That answer did not add up, so I scheduled an appointment with Mr. Harding to review the breakdown for all expenses related to the Library “department” for 2014, 2015, and 2016?

That December 7, 2015 meeting was the very first time I learned the Fay Fuller Library Building contract required the City of Yelm to pay an average of $20,000+ a year in Condo fees, as well.
Mayor Harding told me that the Yelm City Council did not see the line-item breakdown of detail for the library expenses.

Afterwards, I wrote Mr. Harding the following,
Had I then known about $20,000 annually for 20 years [to total an almost additional $500,000] on top of the city paying for a 2nd floor facility, I would have been even more vocal in my objections to buying this “condo.

You initially publicly stated the city could only afford to pay $600,000 for a library building, followed by your $1 million request [to the Yelm City Council] for the current library. If the public knew they were underwriting almost 50% additional of the Condo cost for annual Condo Fees [almost $500,000+ over 20 years], I know this would have been protested, as this equates a facility cost alone of over $1.5 million, not including other interest and O&M [Operation & Maintenance] expenses.

The Yelm Telephone Building could have been purchased for about 3/4 of a million dollars, with on-street parking, first floor street access and NO condo assn. dues. That would have been a beautiful and quality library for Yelm.

Since Mr. Harding would not answer my request for the actual numbers of the annual Library Condo Fees, I was forced to submit a Freedom of Information Act (FOIA) Public Documents Request to obtain those.
The response was as follows:
pursuant to RCW 42.56.520, to your Public Records Request

WHAT? Are the dues not set according to a contract and known in advance for the 20 years, with periodic raises as required?

– BOTTOM LINE
For the first time, this Blog publicly discloses that Yelm taxpayers will pay Margaret Clapp’s Prairie Park approx. $1.5 million total for buying her condo ($1 million purchase + over a half million dollars in Condo fees accrued over 20 years). This amount does not include Bond interest expense, operational & maintenance expenses, or TRL’s supply of staff, books and resources.

REMEMBER:
Mayor Harding publicly stated the city could only afford to spend $600,000 for a library building, yet now we know over $1.5 was authorized.

QUESTIONS:
* Did the Yelm City Council know about the almost half million dollars in Condo fees? If not, why were they not shown the contract? If so, why did they approve?
* Was there a “sweetheart deal” between Mr. Harding and Prairie Park’s Clapp? You decide.

The public has a right to know, especially since property owners outside of the Yelm City limits also pay taxes to support TRL operations. While the building was supplied by City of Yelm taxpayers, this is OUR library, all of us in this area.

– HISTORY OF THE YELM LIBRARY CONDO
This blog has extensively covered the lack of public process to purchase a library building, with the city required to supply the building by contract with Timberland Regional Library (TRL). The City of Yelm was unique in being given a ten year exemption by TRL to rent a facility while the city either built or purchased an existing structure. As that ten years came to a close, Mayor Harding said at the time that Yelm could only afford to spend $600,000 on a library building. He publicly acknowledged he and some staff looked at 4 existing structures in the city and he considered none were suitable. He would never disclose which structures those were. On February 8, 2011, Harding’s State of the City Address included mention of an intent to purchase the existing floors occupied by Yelm Timberland Library in the Fay Fuller Bldg. at Prairie Park through a unique condo agreement. He was vague on how such a purchase would be financed, except in suggesting community participation via donation.

Then near the end of the 10 year rental period (Dec. 31, 2011), and at the last opportunity before TRL would vote to close the rented Yelm Library in the Fay Fuller Building, on April 27, 2011, Mr. Harding proposed to the TRL Board that the City of Yelm would purchase the exiting facility in a unique condo deal for $1 million.

TRL Board member O’Connell then stated on his blog about the TRL Board meeting:
What happened most importantly was that the proposal from the city changed between when it was sent to us last week to tonight [April 27, 2011] when we actually heard from the mayor:

* Most significantly, the price of the condo purchase decreased by $200,000 because of a personal contribution by Margaret Clapp, who owns the current leased site.
* Also, because Timberland can only bond for a period of six years, the city of Yelm would bond the entire $1 million purchase over 20 years.

The idea behind Timberland contributing towards O&M is that it would defray for the city the cost of paying back the bond.

Harding told the TRL Board he had not previously disclosed the $1 million idea with the City Council, however the Yelm City Council finally approved the library condo purchase March 27, 2012, after many changes to get a final document.

On Thursday, May 5, 2011, a little over a week after Harding proposed the deal to TRL, the Yelm Chamber of Commerce sent an e-mail to their members naming Margaret Clapp “Citizen of the Year” for “donating” $200,000 to lower the Library Condo asking price from $1.2 million to $1 million. The Yelm Chamber Board was then under direction of their Chair, Mayor Ron Harding, so this had the appearance of a “sweetheart deal” between Mr. Harding and Ms. Clapp.

Harding set-up a fund and asked the public to contribute to help purchase the condo, which raised $30,000, far short of the $400,000 needed to bring the city’s debt burden for the facility down to the Mayor’s stated affordable cost of $600,000. Then, Mr. Harding and the Yelm City Council decided to add $1 million to the $1 million Library Bond for a Community Center, since the interest rate was supposedly so low. This then became a $2 million Bond, plus $50,000 in fees associated with acquiring the Bond = $2,050,000, plus interest for 20 years. The City Council also approved adding a additional $225,000 to this Bond underwritten for Public Works on a 5-year repayment schedule. Again, all of this was done without the public involved in the process. TRL contractually agreed to provide up to $37,000 a year in Operation & Maintenance (O&M) Expenses for the Yelm facility.

THIS BLOGGER HAS ALWAYS ADVOCATED SERVING THE PUBLIC INTEREST, INCLUDE THEM IN THE PROCESS!

Blogger Klein is a former Yelm Library Board Chair and contributor.