“‘Seattle has long been on my list of cities to fly to and I’m delighted to launch this new service,’ said Sir Richard Branson, President of Virgin Atlantic. ‘As the home to Microsoft, Amazon and of course Boeing, Seattle’s one of the fastest growing cities in the U.S. and as a mecca for entrepreneurs and innovators, it’s a perfect fit for the Virgin Atlantic brand,'” quoting the Port of Seattle.
Read more

Will Trump respect Washington voters on marijuana use?

– “Washington’s legal pot experiment: Can it survive Trump?”
“Under Obama, the federal government left states alone. The current White House has made no such promises.”

“Trump spokesman Sean Spicer, however, has promised “greater enforcement” of federal cannabis laws. Newly appointed Attorney General Jeff Sessions has reminded us that, although states “can pass the laws they choose,” cannabis remains federally illegal, and that the federal government is perfectly free to enforce its own laws.

And that has sent the legal cannabis industry into a bit of a tizzy. The cannabis news space has been a nonstop discussion of Sessions since Election Day, and that’s only intensified of late. Plenty of people in the cannabis industry are skeptical that Sessions can actually do what he’s suggesting, but plenty more are tearing their hair out, wondering if the DEA is going to show up in unmarked vans and cart their hard-earned livelihood away,” by Tobias Coughlin-Bogue, Crosscut.
Read more 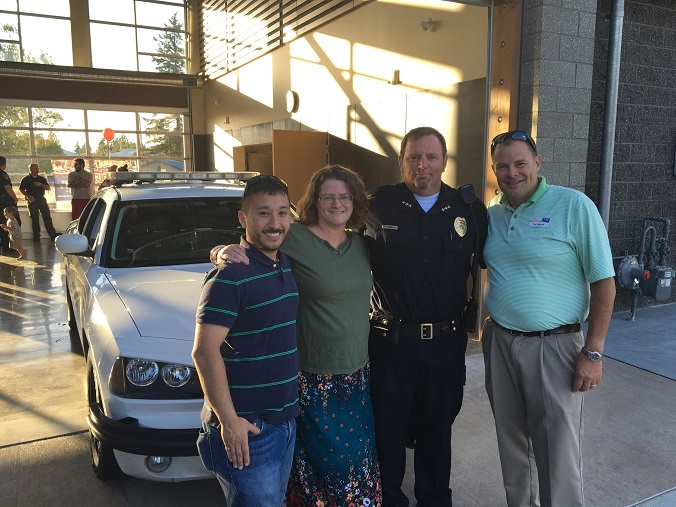 – From City of Yelm Government, Facebook:
Mayor Foster recently announced we will be hosting a Town Hall/Community Meeting focused on Public Safety on Monday, March 27th at 6:30PM [ends 8PM]. The purpose is for our Police Chief and Officers to share information, listen, and answer questions from the community. At the meeting we will provide updates on the department and talk about paths forward to continue improving public safety and emergency managment (sic) in the City of Yelm. The Mayor and City Council members will be in attendance and we will post this as a special meeting. We hope to see you there!
Location: Yelm Community Center, 301 2nd Street, Yelm, WA.
Read more

Joint Base Lewis-McChord training. “A part of the base near Yelm is
often a place for helicopter training, firing ranges and artillery drills.”
Photo credit: Peter Haley, Tacoma News Tribune Staff photographer

– “Cannon, mortar training will mean big booms from JBLM”
“Four Army units at Joint Base Lewis-McChord are scheduled to conduct artillery training over the next two weeks, which means it might be noisier than usual around the installation. 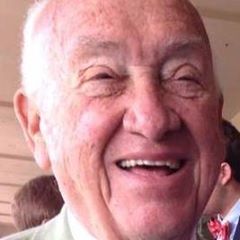 Bert attended Louisville Public Schools, graduating from Kentucky Military Institute. He attended the Wharton School of Finance at the University of Pennsylvania, majoring in banking with his Senior thesis entitled “Banking in Kentucky” and in 1952, graduated with a Bachelor of Science degree in Economics. Upon graduation, he entered the US Air Force as a Second Lieutenant and was stationed in Germany. While in the service, he married Elaine Brodnax of Birmingham, AL.

Bert began working with the Bank in 1953. He became member of the Board of Directors in 1967. He then became President in 1970, Chairman and Chief Executive Officer in 1985 and retired in 2002. Being so active in the Bank, doing the work that he cherished, he also served in many capacities throughout the community, that he loved: he was Chairman of Louisville Regional Airport Authority and during that time, the new terminal was built and later, he became the sole negotiator in its negotiations with UPS on establishing their main hub in Louisville; Downtown Development Corporation Board of Directors; Chairman and Annual Fundraising Campaign Chairman for Greater Louisville Fund for the Arts; member of the Jefferson County Financial Advisory Committee; Vice Chairman, Treasurer and Board Member (for over 20 years) at Jewish Hospital; Opening Night Gala Co-Chair with his wife, Elaine for Kentucky Center for the Arts; a member of Kentucky and Louisville Chamber of Commerce; Treasurer for Kentucky Opera Association, Louisville Ballet and Channel 15 Public Television; Chairman of the Board for the Louisville Zoo Foundation; member of the Louisville-Jefferson County Cultural Complex Committee; he served on the Mayor’s Citizens’ Advisory Committee for Community Development and Chairman of the Mayor’s Economic Development Committee; the Annual Dinner Chairman in 1971 for the National Conference of Christians and Jews; a member of Project 2000, State of Kentucky Financial Institutions Board, The Temple (where he was Treasurer for Congregation Adath Israel Brith Sholom) and Board of Overseers at the University of Louisville.

Over time, with dedicated service, Bert was honored by many organizations, including Man of the Year 1985 at the Israel Bond Tribute Dinner; 1986 Brotherhood/Sisterhood Award at the National Conference of Christians and Jews; 1990 Community Service Award – Catholic School Alumni; 2001 Man of Vision – Prevent Blindness; 2008 Couple of the Year – The Temple; and in 1990 Adopted Alumnus Membership Bestowed from the University of Louisville Alumni Association, to name just a few.

Bert enjoyed swimming, working on his farm, duplicate Bridge, traveling to many wonderful destinations, had a sweet tooth for chocolate but most of all, he loved his family. He loved his Jewish community and heritage, and the entire Louisville community was dear to his heart. He simply loved life, had a beautiful heart and a beautiful mind, as he was known for being a “numbers genius”. A great passion for Bert was shared with his wife, when in 1998, formed a thoroughbred racing and breeding partnership with Elaine and his son, Richard, winning over 90 stakes races, of which 22 were graded stakes wins. And having a beautiful and generous heart, he and his family were donors for many major gifts including Klein Neuroscience Wing at Jewish Hospital, Klein Family Center at The Temple, Klein Learning Center at Churchill Downs Backside, Klein Family Scholarship at Centre College, Grayson-Jockey Club Research Foundation, Inc. – Elaine Klein Career Development Award and the University of Pennsylvania Wharton School of Finance Scholarship.

Funeral services will be 3:00 p.m. Tuesday, March 28th at The Temple, 5101 US Hwy 42, with burial to follow in The Temple Cemetery. Visitation will begin after 1:00 p.m. Expressions of sympathy in Yelm-area can be sent to South Puget Sound Habitat of Humanity, earmarked for their Yelm location.

– The March 24 passing of Bert Klein was reported as follows:
* Bert Klein’s Obituary published in the Louisville newspaper
Read more in the Courier-Journal (A Gannett Company).

* “Pinch Hit swinging for fences in Groupie Doll”
August 6, 2017
“Pinch Hit ran back April 23, losing by a neck. It was Richard Klein’s birthday. When the filly won by a nose May 27 at 19-1 after a race-long battle, it was the birthday of his mother, who died in 2013 after a long battle with breast cancer.

‘I’m not a spiritual person, but I’m starting to believe this stuff,’ Richard said. ‘They were up there watching this horse run, and they willed her home,'” by Jennie Reese, Special the the Courier & Press.
Read more

“The Nisqually Indian Tribe has begun the first phase of a major housing development
at the site where it hosted a weeklong potlatch for the 2016 Canoe Journey. Interns are
building the first home, set to be completed soon.”
Photo: Lisa Pemberton, The Olympian.

– “For Nisqually tribe, a house that’s more than a home”
“It’s a three-bedroom, 1,506-square-foot new construction rambler on the Nisqually Indian Reservation.”

“It’s the first structure in a major development slated to bring 60 single-family homes and duplexes and a 40-unit apartment complex to the tiny reservation near Yelm, about 15 miles east of Olympia. The tribe also wants to develop a 6-acre park, a health clinic, an elder care center and a church on the property.

Many of the energy efficient homes will be built for the tribal elders, officials say,” by Lisa Pemberton, The Olympian.
Read more

– Editor’s Note:
My sincere appreciation and gratitude go to Andrea Culletto, Nisqually Valley News Contributing Correspondent, in her reaching-out to me with a genuine desire to learn about my passion for this town. I also thank NVN Publisher/Editor Michael Wagar for allowing Mrs. Culletto the print-space to properly cover her interview, which I thoroughly enjoyed:

“For any society to thrive, it requires the active participation of its citizenry. Local activism comes in many forms — educational, environmental, health, safety and so on. For local community activist Steve Klein, it came in the form of information.”

“Klein’s call to social activism came after 9/11 when he sent an email to a group of friends sharing some key posts that he found compelling and which weren’t widely circulated in the mainstream news.”

“Looking forward he sees positive possibilities on the horizon.”

“‘The city of Yelm and surroundings are on the threshold of dynamic change and all of the pieces are in place to create a synergy that will catapult Yelm into a marvelous future,” Klein said. “That requires — indeed demands — public participation to further the potentials in our midst.”
Read more

– “Alaska Airlines and Virgin America share vision for the future”
Brand will be defined as warm and welcoming, with a modern, West Coast-inspired vibe
Read more

They just didn’t expect it to grow so quickly.”

“For students in Yelm, getting to classes in Lacey takes a ride on one bus, instead of the three buses it takes to get to SPSCC’s main campus on Mottman Road Southwest, Green said.”

“The surge in enrollment has left college officials scrambling to find ways to accommodate the influx of students.

Plans already are in the works to expand the campus,” by Lisa Pemberton, The Olympian.
Read more

– A Yelm SPSCC satellite campus had been considered
Covered here in January 2015.

– From the Rainier Education Foundation
Auction

Come join us for the 18th Annual Auction for Education!