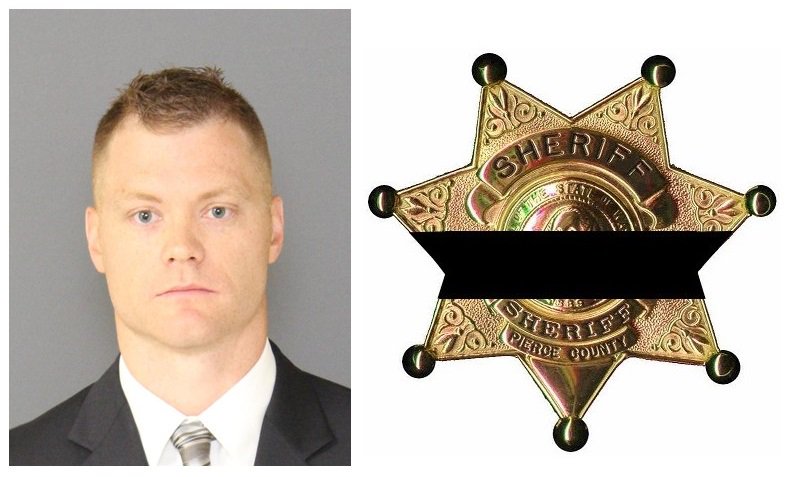 – “‘He was part of our family’: Yelm mourns Deputy McCartney”
Deputy Daniel McCartney called Yelm home. People from his favorite place to workout, CrossFit Yelm, spent Monday dealing with the loss of a friend and fellow law enforcement officer.”

“Among those now grieving Pierce County sheriff’s deputy Daniel McCartney are people in the city of Yelm, which is where he and his family called home,” by Heather Graf, KING-5 TV News, Seattle.
[Editor’s Note: Deputy McCartney’s story has run in every major national news source.]
Read more

“A procession to transport Deputy McCartney from the Pierce County Medical Examiner’s Office in Tacoma to Mountain View Memorial in Lakewood is on Tuesday [Jan. 9]. Initial indications are the procession will begin at 1:00 p.m., but that could change,” quoting KING-5 TV News, Seattle.
Read more

– How you can help Deputy McCartney’s family
CrossFit Yelm, McCartney work out site, organized a fundraiser for his family set to raise $10,000.
Click here to contribute, which is now closing in on raising 200% of the $10,000 goal.

The only fund supported by the Pierce County Sheriff’s Office is the legacy fund at the Tapco Credit Union. You can contribute at any branch or online at www.tpcrimestoppers.com.