Pierce County Deputy shot and killed identified – Daniel A. McCartney, 34, lived in Yelm – Yelm loses a friend, a neighbor, a protector! Condolences pour in from police departments across the country 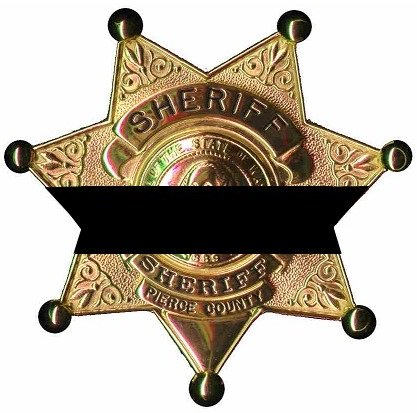 CrossFit Yelm, McCartney work out site, organized a fundraiser for his family set to raise $10,000.
Click here to contribute.

– “Deputy shot and killed identified; manhunt underway in Pierce County”
“Pierce County Deputy Daniel A. McCartney, 34, of Yelm was shot while responding to a burglary call in the Fredrickson area. One suspect was found dead at the scene, and one suspect is on the loose.”

“According to the Pierce County Sheriff’s Department, the deputy was shot just after 11:30 p.m. Sunday while responding to a 911 call for an intruder reported in a house on 200th Street East in the Frederickson area,” by Jimmy Bernhard, KING-5 TV News, Seattle.
Read more

“The Pierce County deputy [Daniel A. McCartney, 34, of Yelm] who was fatally shot near Spanaway on Monday morning was a Navy veteran and a father to three young children, according to the Pierce County Sheriff’s Office,” by KING-5 TV News, Seattle.
Read more

– UPDATE: January 8, 2018, 8:36am
“Condolences pour in for fallen Pierce County deputy”
“Police departments across the country took to social media to stand with Washington state after a Pierce County Sheriff’s deputy was killed in the line of duty.”
Read more