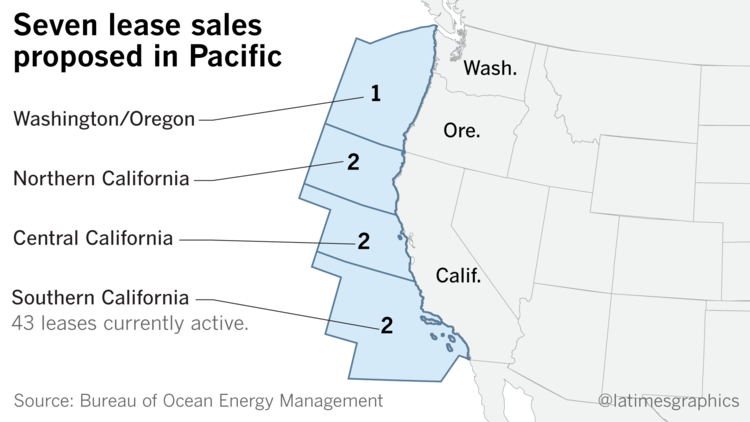 – “California offshore drilling could be expanded for the first time since 1984 under federal leasing proposal”
“The Trump administration, inviting a political backlash from coastal state leaders, on Thursday [Jan. 4] proposed to open for exploration the largest expanse of the nation’s offshore oil and natural gas reserves ever offered to global energy companies, including waters off the coast of California.

Interior Secretary Ryan Zinke said the draft five-year leasing plan would commit 90% of the nation’s offshore reserves to leasing, including areas off all three regions of the California coast that have been off-limits to oil and gas exploration since the Reagan administration,” by Keith Schneider, Tony Barboza, Los Angeles Times.
Read more

“‘This political decision to open the magnificent and beautiful Pacific Coast waters to oil and gas drilling flies in the face of decades of strong opposition on the part of Washington, Oregon and California – from Republicans and Democrats alike,’ the governors said,” by Josh Siegel, Washington Examiner.