Atticus vs. The Architect is a movie all Americans should watch –Exposes the underbelly of our subverted governmental processes 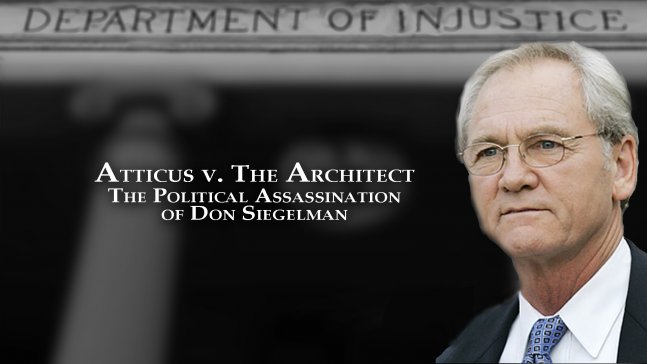 – From the International Documentary Association:
“When Don Siegelman was elected Governor of Alabama in 1998, he became the first person in the “Heart of Dixie” to have held all four of that state’s executive offices – a rare accomplishment for a liberal in a blood red Southern state. In election after election, Republicans simply couldn’t beat him at the polls because he drew supporters from across the political spectrum. As a graceful orator with an unblemished record of public service, and a much smaller campaign budget, Siegelman skillfully deflected every smear campaign and dirty trick conservatives threw at him. That’s when a group of frustrated Republicans quietly concocted an unthinkable plan to “get rid of Siegelman,” as a whistleblower later stated. As the plan’s chief ‘Architect,’ Karl Rove secretly orchestrated a strategy to railroad the Democratic Governor into prison based on completely fabricated charges. To make false charges stick in federal court, Rove and his associates cunningly loaded the case with vindictive prosecutors, a politically biased jury, and a corrupt hanging judge hell-bent on payback. The story of how they quietly got away with their evil scheme will make Watergate look like child’s play and leave viewers shocked, bewildered, and MAD AS HELL!”