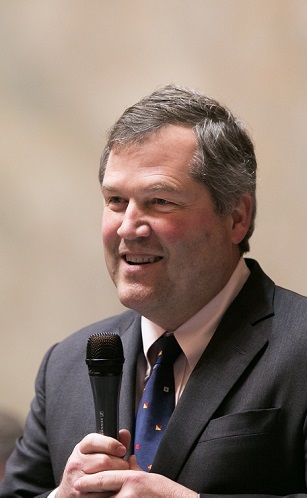 – “Remove barriers to preserve salmon runs for future generations”
“My bill makes salmon recovery a priority for the state. We do not have time to wait, and we cannot simply pass this problem off to the next generation.”

“Even before we knew exactly how many barriers there were, I introduced legislation to allow more barrier-removal projects to qualify for streamlined permitting. The bill also created the Fish Barrier Removal Board. For the first time, a statewide strategy has been implemented to open up hundreds of miles of fish habitat on federal, state, county, city, tribal and private land at the lowest possible cost.

“Thousands of fish barriers — aging culverts, washed out road crossings, weirs, dams, gates and screens — have since been removed.

“But we need to do more.

“That’s why I’ve introduced another piece of legislation this year — SHB 2902 — that’s designed to get the state moving more quickly and efficiently to open fish habitat.”
By J.T. Wilcox, Special to The Seattle Times.
Read more

“The 2nd District lawmaker has proposed a bill that may be the first of its kind anywhere – a measure that would convene a state task force on behavioral health and suicide prevention in the ag industry.