– Editor’s Note:
After more than a dozen years of complicit city councils that followed a predictable pattern of “slam dunk” unison voting supporting what the former mayor wanted with little in-depth questioning, the newly seated Yelm City Council had their first formal Study Session last week and demonstrated for the most part, they are engaged and prepared.

The city council was joined by new councilor Terry Kaminski, so everyone was together in this setting for the first time. She joined new councilor Cody Colt sworn-in last December after his November victory to replace an early departing Jen Littlefield. Colt has certainly demonstrated he does his homework and is well-prepared in asking pertinent questions on so many issues. He is not afraid to speak-up and has been quite an asset the last 2 months, bringing a new view to city issues with his grasp of understanding. Kaminski was very focused at the study session, asking key questions as well. I hope her engaged participation continues.

However this blog entry is to highlight Councilors Carmody, Depinto, and Stillwell now in their third year in their respective positions. All of them ran on platforms that included transparency and speaking-up in the public interest, and each demonstrated their commitment with their recent actions, as follows: 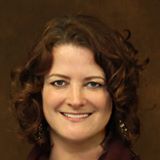 City Admin. said Carmody’s questioning the appointment of legal counsel “irrelevant”
Yet Carmody’s role as a councilor is to raise issues when she sees them!

I find Carmody’s points very relevant because she has called for transparency in saying the city should have put both the prosecutor and civil attorney positions out for public bid when they became available last November after Brent Dille left Olympia law firm Bean, Gentry, Wheeler and Peternell (BGWP). Dille represented BGWP as Yelm’s City Attorney for 15 years. Then Mayor Foster appointed Dille to both Yelm attorney and prosecutor representing Dille’s new law firm, Dille Law.

While the mayor was free to do so, appointing Dille to two city positions without consulting the city council drew this scrutiny. This is not a small town anymore and having Dille appointed to serve in two posts smacked of the “double dipping” in which Mayor Harding engaged when he was also Deputy County Auditor for a year, said by some to be brazen cronyism.

Carmody subsequently requested the city’s General Government committee [councilors Stillwell, Colt, Wood] to change the Yelm Municipal Code (YMC) for future contracts to include an open bidding process. Carmody told the Yelm Community Blogger she hopes the committee presents their recommendations to the council for approval by May.

Councilor Carmody’s concerns were covered on this blog January 10 and January 19, 2018 and brought-forth a community conversation that led the weekly, local newspaper to quote this blogger.
BRAVO to Councilor Carmody in taking a stand for transparency! 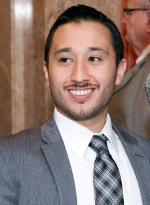 Covered here several times was the perpetual use contract the city issued to an out of town church that does not have a state license to operate in Yelm. This church will have rented the Yelm Community Center virtually every Sunday for 2 years this April while preventing local patrons from using the facility. This church has made no investment in our community except a $700 weekly rental fee, while calling our Community Center their Yelm Campus. The issue is there should be term limits on perpetual use contracts to one entity for the weekly same day/time.

While Councilor DePinto requested a discussion on Community Center policies, Mayor Foster suggested referring this to the Community Development Committee and Parks Board. Their suggestions should then be presented at a council study session. DePinto accepted that path. Interesting that no one at city hall had taken this on previously.
BRAVO to Councilor DePinto in taking a stand for transparency! 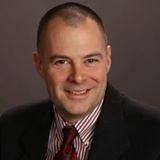 While Mayor Foster rightfully acknowledged the city workers who resolved the recent dismantling of homeless camp that drew the “outrage” from some in the community covered here, and articles in The Olympian and Tacoma News Tribune, Councilor Stillwell did not back down in recognizing Yelm now has a homeless issue that the city is likely to soon revisit.

While Foster kept focusing on the successful resolution of the recent situation, Stilwell held firm to ensure this issue was not closed, rather clearly enunciated the city MUST plan for the future.
Stilwell responded to Foster:
“My point is, now it’s to the surface, we do have an issue with the homeless, we’ve talked about it for a year, … I think it brings to the level we have to do something, so that was my point.”

Councilor Camrody spoke about Tumwater’s city council beginning a series of talks on homeless issues, so Yelm can tap into those resources. Carmody suggested “We [City of Yelm] need a policy, but we can’t do that until we learn.”
BRAVO to Councilor Stilwell in taking a stand for transparency!

Click here for the Study Session video of Tuesday, February 6, 2018.