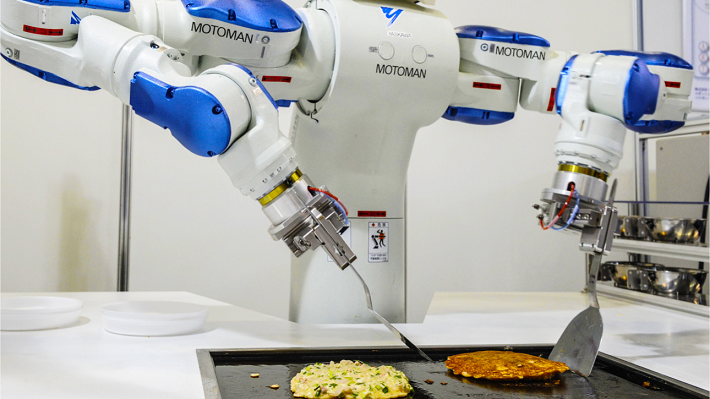 “Most humans think robots will take all the jobs away—except for their own”
Photo credit: Vocativ.com

– “Roughly 40 percent of Thurston County workers could be replaced by robots, analysis shows”
“…how will the rise of robots in the workplace affect Thurston County?

“Roughly 40 percent of workers in Thurston County have jobs a University of Oxford study has rated as having a high probability of becoming automated in the future, including jobs as retail sales clerks, food workers, cashiers, and office clerks.

“The study’s authors — Carl Benedikt Frey and Michael A. Osborne — rated 702 jobs on the likelihood they could be automated in the future,” by Max Wasserman, Tacoma News Tribune.
Read more