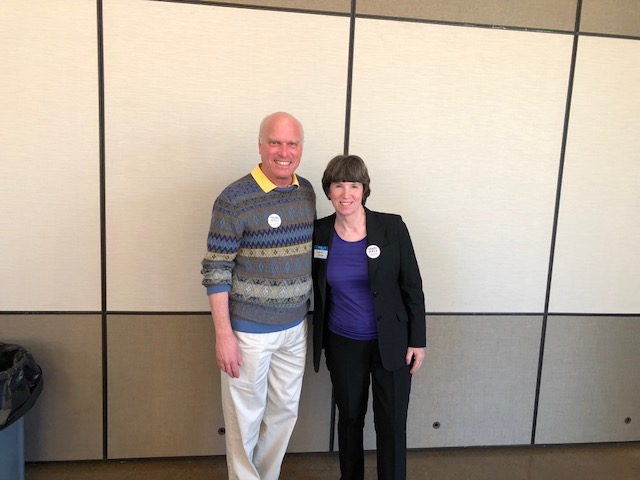 Click here for more information and to donate to the campaign to Elect Mary Hall.

– Thurston County Auditor Mary Hall held a Yelm re-election public forum tonight!
Mary Hall engaged with the public and conducted a robust Q & A after being introduced by Yelm Blogger and event sponsor Steve Klein earlier this evening at the Yelm Community Center. Klein said his intent was to bring candidates to Yelm for the public to engage and have knowledge from those wishing to serve so voters can make informed choices. He also noted that Thurston County had two elected officials who were leaders in Bills that were signed within the last week by Governor Jay Inslee: Yelm Councilor Joe DePinto and Mary Hall [Pierce County resident Rep. J.T. Wilcox also had a bill signed by Gov. Inslee last week.].

Hall highlighted some of the achievements she is most proud:
* Worked to break down voting barriers by advocating for progressive legislation resulting in a bill signing:
+ Same Day Voter Registration,
+ Automatic Voter Registration
+ Pre-registration for 16 and 17 year-olds.
+ Washington Voting Rights Act

* Saved money and resources by jointly publishing local voters pamphlets with the state’s.

* Opened additional drop boxes for the convenience of voters to return their ballots.

* Saved the county tens of thousands of dollars taking advantage of vendor discounts and changing how and when the county pays vendors.
Read more

Blogger Klein is a supporter and endorser of the campaign to Elect Mary Hall.