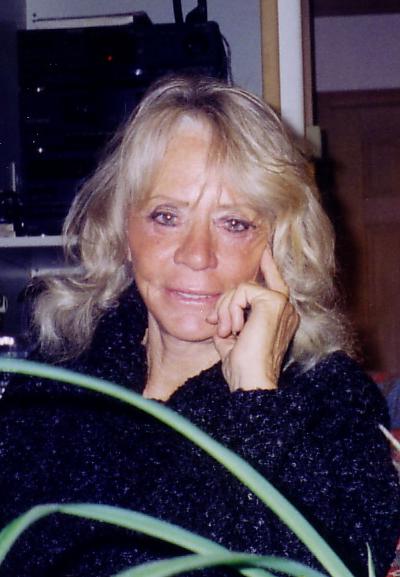 – Editor’s note:
Dr. Anne Marie Bennstrom passed away February 15, 2018 in the arms of her husband Ken at their home outside of Palm Springs, CA., not far from where we first met in September 1986 in Yucca Valley, CA. I was 32 years of age at a personally challenging time in my life when I attended my second Ramtha event at a 6-day retreat. Not knowing anyone, I was waiting to enter the dining hall for the first day’s dinner with the other participants, yet alone, when Anne Marie broke the ice and entered my life, introducing herself with a hug and that warm Swedish accent. She touched my soul and thus began what I term a friendship of mutual affection.

Bennstrom’s obituary perfectly captures her life, however Anne Marie and I found camaraderie sharing so many aviation stories, since I came to cross paths with many of the same people as did she, when my airline career took me to Los Angeles, San Francisco and New York where Flying Tigers Air Cargo had hubs. She was the widow of WWII hero Robert Prescott, AVG “Flying Tiger” pilot, who later went on to found the Flying Tiger Air Cargo Line (subsequently purchased/merged into FedEx). As an aside, “Tigers” flew my 1984 Honda Accord from Houston to New York-JFK in a 747 when I was promoted and transferred to NYC by Eastern Airlines in early 1985. Before Robert Prescott died in March 1978, the Prescotts were good friends with Bob Six, founder of Continental Airlines, and his 2nd wife Audrey Meadows (married 1961 until his passing in 1986). I left Eastern Airlines in October 1985 for Pacific Southwest Airlines (PSA) just prior to both Eastern & Continental Airlines being acquired by Texas Air Corp.

My wife and I chose Anne Marie to marry us a decade later in Yelm in a beautiful outdoor ceremony with Mt. Rainier as the backdrop. Though I have not seen Anne Marie since she moved to California, I have wonderful memories of our interactions that span over two decades and know that laugh of hers once again was belted-out on her passing as she met Ramtha, who he affectionately called his “Old Woman.” Blessings to Anne Marie for her upliftment and contributions to so many lives spanning her almost 90 years on this plane, and to her devoted and loving husband of 20 years, Ken.

Bennstrom was one of a kind as her obit stated, “was, is, and will always be, one for the Ages.”
I love you Anne Marie, all-ways have, all-ways will. RIP!
Click here to read Bennstrom’s extensive life’s achievements listed in her obituary.

– “Anne Marie Bennstrom Prescott Addendum to an Obituary”
By Ken Weiss
“Regarding the notice of Anne Marie Bennstrom Prescott’s passing in last weeks (sic) Nisqually Valley News, I (her husband) inadvertently somehow forgot to include the second paragraph of the rough draft that I had written, but then failed to submit to the editor, and for me it was a very important part of the obituary, and I’m compelled to say something about it now. For me it’s a true teaching moment.

Anne Marie never knew her father, and spent the first 13 years of her life in an orphanage outside of Stockholm, Sweden. Her bedroom was in a freezing cold attic, she was picked on because of her size, and many of the staff who were running the show weren’t very nice people, to put it mildly. She cried herself to sleep for years, and was even punished for crying.

The point is, she could have easily given up on life and become yet another victim in a cruel world, whose early circumstances doomed her to failure. But she didn’t let that happen, and if you read her obituary, you know the rest of the story.

So you young people out there who have it tough and are facing great odds right now, please take heart. Never give up. Never quit on yourself. Dare to dream big. There’s a power inside of you that will never let you down, if you stay true to it. Stay true.”