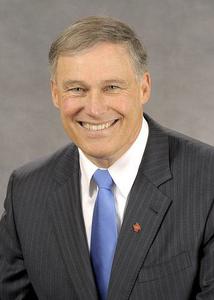 – Editor’s Note:
In a move where rarely one will ever see NVN Publisher/Editor and WNPA incoming President Micheal Wagar siding with Gov. Inslee, the Governor vetoed a bill last night on limiting public records transparency in the state legislature, a bill Wagar and the WNPA were against.
From the media release: “Inslee vetoes ESB 6617”

“‘Transparency is a cornerstone of a democratic government, and I’m very proud of my administration’s record on public disclosure,’ he continued. ‘I believe legislators will find they can fulfill their duties while being fully transparent, just like state and local governments all across Washington.'”

“Lawmakers pledged not to override the governor’s veto and to convene a task force to hammer out recommendations on open-records reform at the Legislature in 2019,” by Walker Orenstein, Tacoma News Tribune.
Read more