“March For Our Lives” expect thousands in Olympia on Saturday 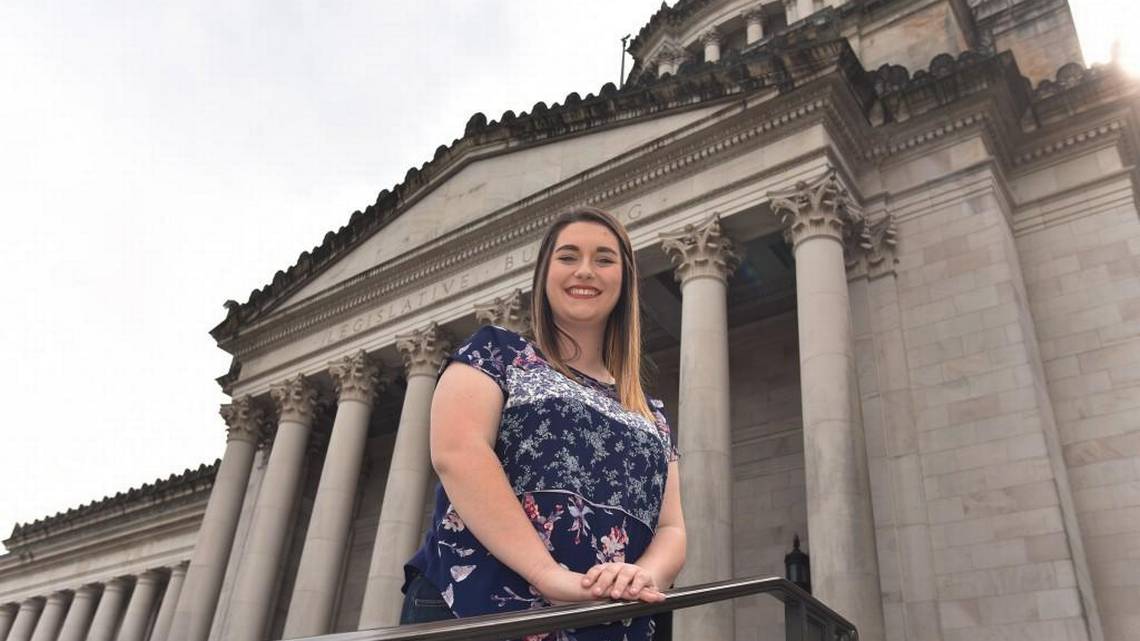 “Madelyn Olson is one of the student organizers behind
Saturday’s March For Our Lives in Olympia.”
Photo credit: Steve Bloom, The Olympian

– UPDATE: March 24, 2018
“At March For Our Lives Olympia, students call for action to stop school shootings”
“Thousands turned out for the rally and march against gun violence and school shootings. The crowd — about 4,500 people, according to Washington State Patrol — gathered on the steps of the Capitol, then marched down Capitol Way to Sylvester Park in front of the Office of Superintendent of Public Instruction.

“Olympia’s event was one of hundreds of demonstrations that took place across the country Saturday to coincide with a larger student-led march in Washington, D.C.,” by Abby Spegman, The Olympian.
Read more

– March For Our Lives Olympia
What: Student-led rally and march to end gun violence and school shootings
Who: Organizers expect 2,000 students and supporters to attend
When: 11 a.m. to 1 p.m. Saturday
Where: Beginning on the north steps of the Legislative Building, marching down Capitol Way and ending at Sylvester Park in front of the Office of Superintendent of Public Instruction
And: Attendees are encouraged to wear orange, which is the color associated with gun reform efforts

– “Thousands Expected for March of Our Lives Rally in Olympia March 24”
“The Department of Enterprise Services has issued a permit for the 2018 March for Our Lives rally. The event is scheduled from 11:00 a.m. to 1:00 p.m. on Saturday, March 24, beginning on the north steps of the Legislative Building and concluding at Sylvester Park.

Rally organizers estimate that 2,000 people will attend the event, which will affect traffic and parking on the west Capitol Campus and traffic on Capitol Way. March for Our Lives participants will initially gather at the Legislative Building for about 30 minutes of speeches. The group will then be directed out to Capitol Way and march to Sylvester Park. More speeches and activities are scheduled to take place at Sylvester Park.”
By Washington State Department of Enterprise Services, in Thurston Talk.
Read more

– “‘We can do something about this,’ says student organizer of Olympia’s march against gun violence”
“Now 18 and a student at South Puget Sound Community College, Olson is among the student organizers behind Saturday’s March For Our Lives Olympia, which starts at 11 a.m. on the steps of the Legislative Building and ends in downtown’s Sylvester Park.”

“The march in Olympia is one of hundreds of demonstrations planned across the country to coincide with a larger student-led march in Washington, D.C. against gun violence in schools. The marches come less than two weeks after thousands of students — including many at local schools — took part in a national school walkout to honor the 17 victims of a shooting at a Parkland, Florida high school on Feb. 14,” by Abby Spegman, The Olympian.
Read more