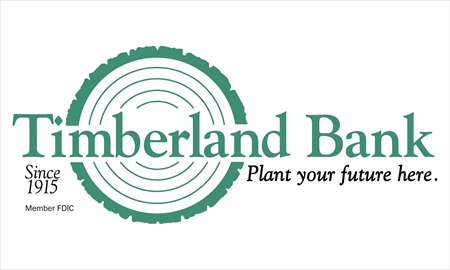 – Editor’s Note:
Congratulations to Timberland Bank and the contributions to Yelm from their great staff.

– “Timberland Bank named one of the top 10% of community banks in U.S.”
“Timberland Bancorp, known locally as Timberland Bank, was awarded the Community Bankers Cup by Raymond James & Associates. The award was given based on the bank’s stellar 2017 performance.

“Raymond James & Associates released a statement about the banks selected for the award.