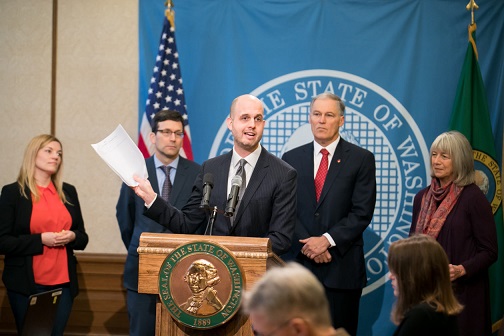 – “Washington becomes first state in the nation to pass net neutrality regulations in defiance of FCC”
“A bill that reinstates protections repealed by the Federal Communications Commission in December passed both houses of Washington state’s legislature Tuesday [Feb. 27 ,2018] afternoon. It now heads to the governor’s desk to be signed.