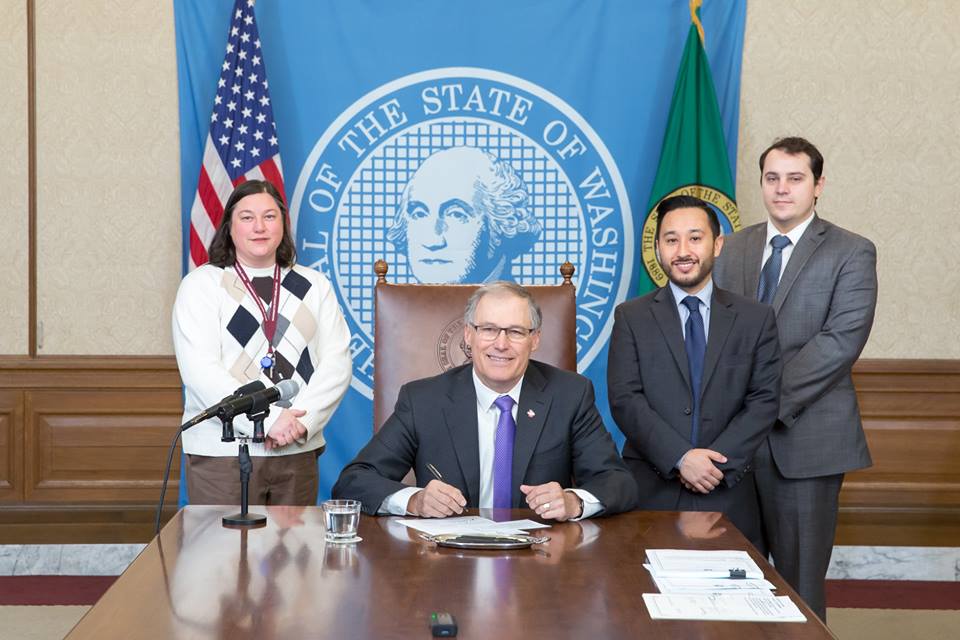 – Editor’s note:
I am so proud of Yelm councilor Joe DePinto on leading the stages of Senate Bill 6197 into signing by Gov. Jay Inslee.

– From Yelm city councilor Joe DePinto on his Facebook page:
“Many of you know that I have been lobbying for the past two Legislative Sessions working for Outcomes by Levy, helping to represent 8 different Puget Sound cities. During that time I have worked on and helped pass many different bills in various stages, but none that I was the lead on since the start.

Well, today [March 13, 2018] SB 6197 was signed into law by Governor Inslee. Senator Keiser was the prime sponsor of this City of Kent requested bill. Due to the help of a lot of good people, this bill made it through both the House and Senate without a single Member voting against it.

It will provide local agencies with the same authority already granted to state agencies in situations where an employee dies and the spousal survivor is due a payout of that employee’s salary, vacation leave, and sick-leave accrual. It allows local governments (like Yelm’s) to make that final payout in one lump sum, regardless if the accounts involved are joint (which currently isn’t a problem) or separate (which is what this bill mainly addresses).

It was an amazing experience taking a problem/issue through the whole process and helping it become law.”
Read more