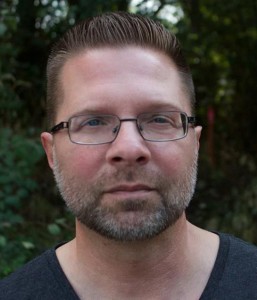 – Yelm Blogger’s Letter to the Editor published May 3, 2018
From the Nisqually Valley News:

“Editor, Welcome back to Yelm ”
“Welcome back to Yelm. In the 5-plus years you have been away, Pastor Jeff Adams has continued his enmity towards me and others, which had mostly taken a hiatus since the 2016 election, until last week.

“Now that your predecessor Michael Wagar is no longer editor, perhaps Adams is testing the waters to see how far he can go with you in continuing his diatribe in what your newspaper calls a “religious” column, last week’s titled “Get to Know the People in our Community.” In over 13-plus years of the pastor’s denigration about me, he has never once accepted my invitations for us to meet. Therefore, I publicly invite Pastor Adams to meet with me and the newspaper can send a reporter. If North Korea’s Kim Jung Un can finally meet with his country’s avowed enemy of over 65 years, why can’t Pastor Adams now do the same in the Christian spirit he professes by saying, “Get to know the people, here. Bless them as they will likely bless you?”

– UPDATE: May 17, 2018
“Oregon school district forced LGBTQ students to read the Bible — how Christian”
“Today, we will discuss one of the most pressing threats to American Christianity. Meaning, of course, American Christians.”

“But we’re here to contend with what Christianity too often is. Having seen putative Christians excuse the liar, rationalize the alleged pedophile, justify the sexual assaulter and cheer as walls are raised against the most vulnerable, it’s obvious that many of those who claim that name embody a niggardly, cowardly, selfish and situational “faith” that has little to do with Jesus.”

“Let us put aside the constitutional imbecility of forcing a child to read the Bible — at all. Nor will we ponder what it says about how you see your faith when you regard its holy book as a punishment,” by Leonard Pitts, Jr., The Miami Herald.
Read more