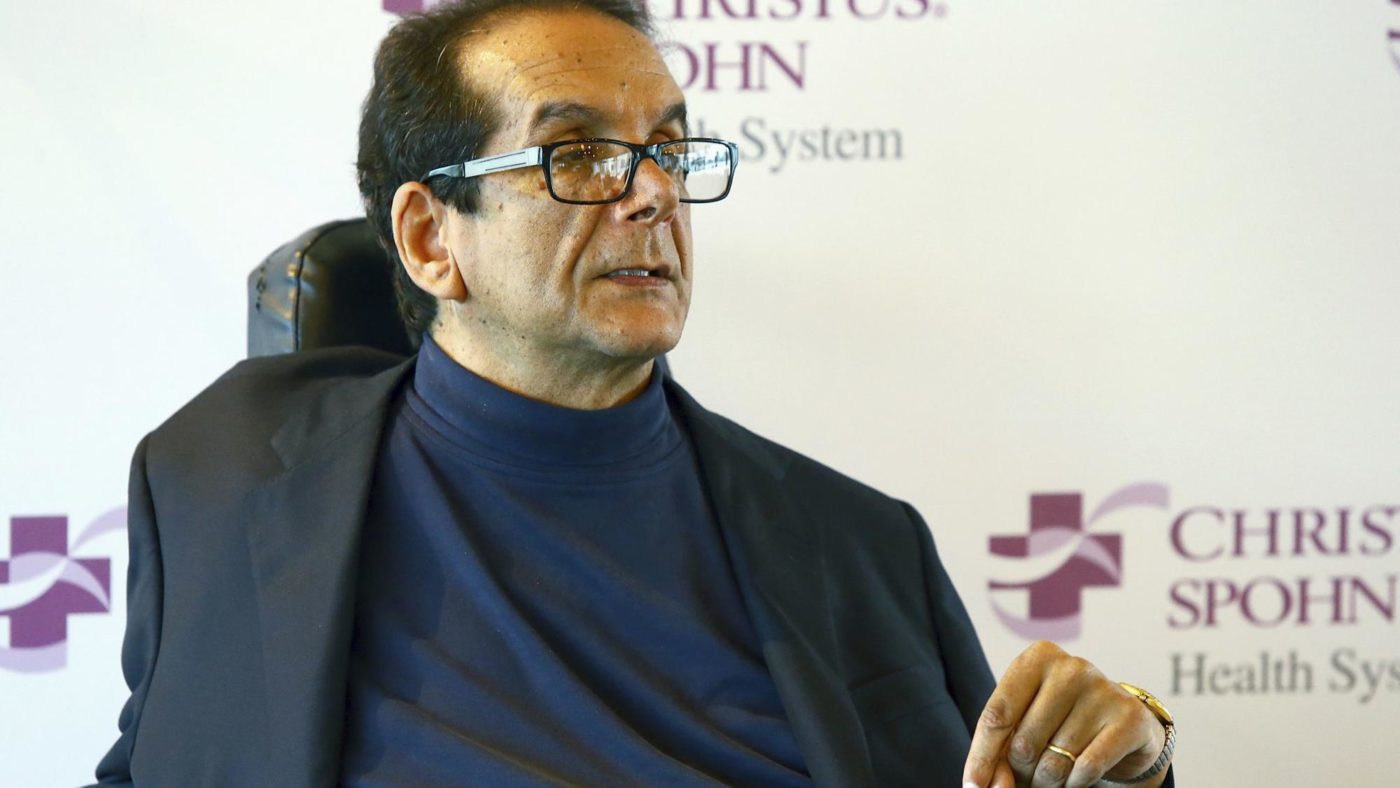 – Editor’s note:
“On June 8, Krauthammer revealed he had only a few weeks to live due to cancer in his abdomen, which returned after surgery to remove a tumor last year.”

Krauthammer wrote at the time:
“I leave this life with no regrets. It was a wonderful life — full and complete with the great loves and great endeavors that make it worth living. I am sad to leave, but I leave with the knowledge that I lived the life that I intended,” quoting the UPI.
Read more

What a brilliant epitaph to a being who had full-awareness of a life well-lived!
This world was a better place because of a writer such as Charles Krauthammer.
Blessings to his family and all who will miss his columns.

“Charles died Thursday at 68, as did, 19 years ago, Meg Greenfield, the editor of The Washington Post’s editorial page. For many years, Meg, Charles and this columnist met for Saturday lunches with a guest — usually someone then newsworthy; now completely forgotten — at a Washington greasy spoon whose name, the Chevy Chase Lounge, was grander than the place. Like Meg, Charles was one of those vanishingly rare Washingtonians who could be both likable and logical. This is not easy in a town where the local industry, politics — unlike, say, engineering; get things wrong and the bridges buckle — thrives on unrefuted errors.”

“The health problems that would end Charles’ life removed him from the national conversation nine months ago, so his legion of admirers already know that he validated this axiom: Some people are such a large presence while living that they still occupy space even when they are gone,” by George Will, Washington Post columnist, Washington Post Writers Group.
Read more