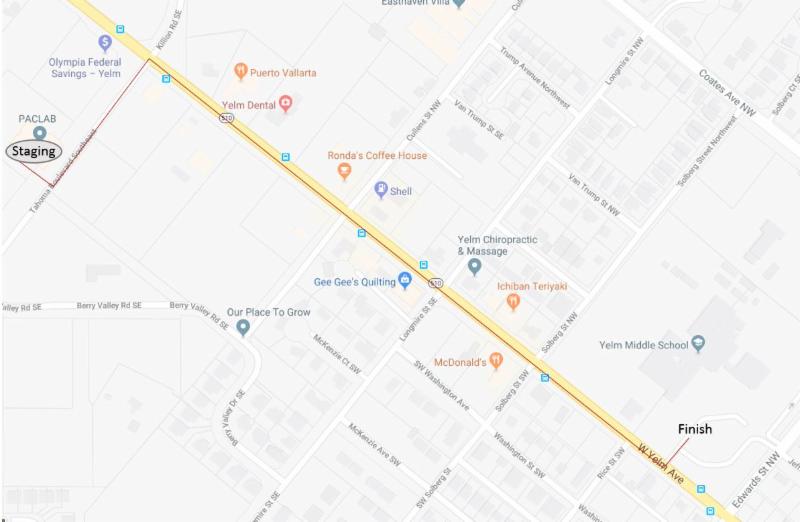 The Prairie Days parade is planned/facilitated by the Yelm Area Chamber of Commerce, the carnival is coordinated by the Yelm Lions Club, and both functions dovetail with the City of Yelm and the Yelm Police Department guiding traffic.