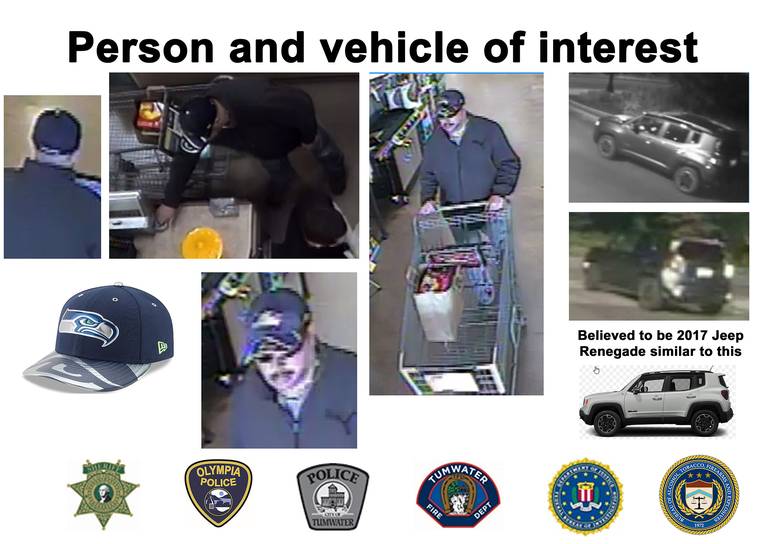 “Surveillance images of a person and vehicle of interest
with a possible connection to three arson fires and one shooting
at three Kingdom Hall Jehovah’s Witness locations in Thurston County.
Photo credit: ATF

“Over the past four months, police say someone set fire to two Kingdom Halls in Tumwater and Olympia, and fired dozens of rounds into a Kingdom Hall in Yelm.”

“At a press conference Wednesday, the Bureau of Alcohol, Tobacco, Firearms and Explosives along with the Thurston County Sheriff’s Office and the Arson Alarm Foundation announced a $36,000 reward for the suspect.”

“The third incident took place May 15 when an unknown suspect shot at a Kingdom Hall in Yelm. Police said about 35 rifle rounds were fired at the building causing more than $10,000 in damage.”

“Anyone with information on the fires of the shooting should call ATF’s toll-free hotline at 888-ATF-TIPS, Crime Stoppers of South Sound at 1-800-222-TIPS, or the Arson Alarm Foundation at 1-800-55-ARSON.”
By KCPQ TV 13 News Staff.
Read more