Culverts Case: The right thing to do in honor of Tribal Treaty Rights! 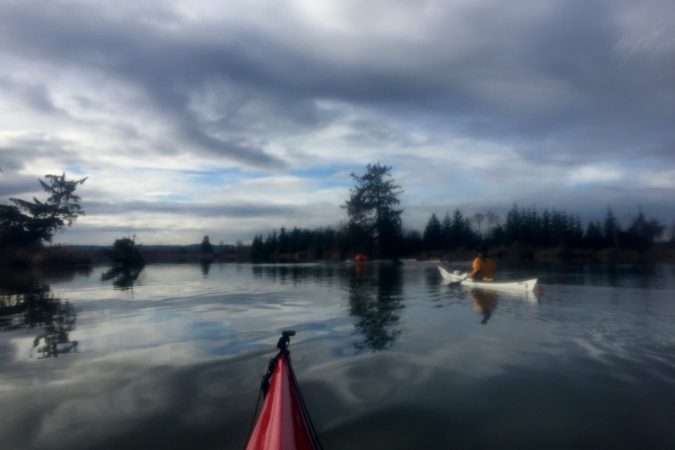 – Editor’s Note:
I was recently asked about my views on the “culvert case,” the 9th Circuit Court of Appeals’ decision in Washington v. United States, which the United States Supreme Court affirmed. The statements from the Center for Environmental Law & Policy (CELP) in Seattle and The Olympian Editorial Board echo my views and are important reminders about government’s role to honor treaties.

– “Culvert Case Update: A Victory for Tribal Treaty Rights”
“On June 11, an equally divided United States Supreme Court affirmed the 9th Circuit Court of Appeals’ decision in Washington v. United States (the “culvert case”). The United States and a group of Indian Tribes filed suit seeking an injunction requiring Washington State to repair culverts under its control to restore access of fish, including salmon and steelhead, to more than 1,000 miles of upstream habitat. Restoring passage is expected to result in production of several hundred thousand more adult fish annually. This will be a significant boost for the State’s ailing salmon runs and for those who depend on the runs.

“The Supreme Court (without the participation of Justice Anthony Kennedy, who had been involved in an earlier aspect of the case) affirmed the decision, meaning that the Order to remove or repair the culverts will stand and fish will have access to the habitat which they need to recover and thrive. This decision is also a significant victory for Tribal treaty rights, in that the right to fish is now understood to include the right to habitat suitable for fish production,” quoting The Center for Environmental Law & Policy (CELP), Seattle.
Click here to read the full article on the Supreme Court decision.

– “Where is leadership on salmon, culverts?”
From The Olympian Editorial Board:
“The court’s decision on Monday means that the 9th Circuit Court of Appeals’ decision from last year stands. And that means Washington taxpayers must pay to fix more than 900 culverts as part of upholding tribes’ treaty fighting rights and to protect or restore habitat for threatened salmon runs before it is too late.

“In effect, the culvert case affirms that habitat protection – implied in earlier federal fishing cases – is an extension of the treaty right to harvest fish. The case rests in part on the notion that if salmon runs go extinct, the tribal right to half is literally nothing,.
Read more

Blogger Klein is an annual contributor and supporter of CELP, and a subscriber to The Olympian.