NYC branding expert Andy Levine on Yelm’s ‘Pride of the Prairie’ – Too generic, does not elicit business and tourism excitement. Yelm Blogger is often asked: “Where is the Prairie of Yelm?” 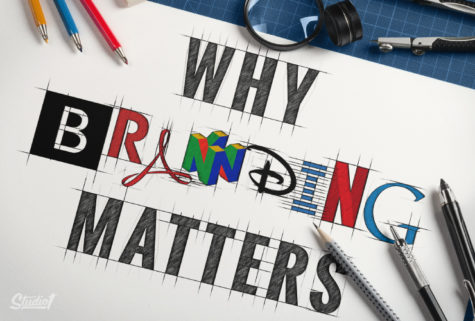 – Editor’s note:
The now-defunct Yelm Business Assn. (YBA) Board discussed and consulted professionals about Yelm’s branding, especially since “Pride of the Prairie” can no longer be identified, having been paved over and developed causing many to ask, “Where is the Prairie of Yelm?”

New branding would really help city leaders evolve Yelm’s image, as reflected in the impressive increase in tourism statistics from the re-branding of Thurston’s Olympia Visitor’s and Convention Bureau into Experience Olympia and Beyond, which also highlights Yelm as a destination. The YBA crafted a new brand for Yelm titled, “The Historical Gateway to Mt. Rainier.”

Yelm’s city leadership would be wise to embrace what Levine says below, given local officials keep talking around economic development, yet have achieved few results except more than doubling the size of this town in the last 15 years by issuing housing permits. There really is no coherent economic development strategy here because the one the city adopted in 1995 was never followed: Yelm Vision Plan!

– What’s in a brand?
“Come for the Mountain; Stay for the Rhubarb Pie” [Sumner’s successful brand]
“Most places in the South Sound have brand troubles, especially when it comes to recruiting business or tourists.

“For perspective and advice, I turned to the world’s preeminent place-branding guru, Andy Levine, chairman of New York City-based Development Counsellors International. His firm has developed and managed brands in more than 450 places around the world, including several cities from Barcelona to Banff.

“‘Every community in the world has an existing brand. It’s just that some brands are managed, and some aren’t,’ Levine said. For most any place that wants to grow business or tourism, you need a managed brand campaign, he added.”

“What about the South Sound today? Are any of our cities knocking it out of the park when it comes to their brand? On the whole, not so much, Levine said. I sent Levine a list of our cities with slogans — old and current — to see whether anything resonated.

“‘I hate to slam a community I don’t know anything about,’ Levine said. ‘But for most of these, you could put other communities’ names in front of them, and they’d be true. Like Yelm: ‘Pride of the Prairie.’ Or Auburn: ‘More Than You Imagined.’ Gig Harbor: ‘The Maritime City.’ They’re just too generic for my taste,’ Levine said.”

“Finally, though, Levine found something to love in the South Sound. ‘I don’t know how to pronounce it, but Enumclaw: ‘Gateway to Mount Rainier.’ That immediately associates the community with Washington’s No. 1 tourist attraction. That’s pretty smart,’ he said.

“And Levine heaped his highest praise on an upstart. ‘I (once) saw an article about Sumner and rhubarb pie. They call themselves ‘The Rhubarb Pie Capital.’ From a tourism perspective, that’s like gold. If you’re going to be in the Pacific Northwest, and you happen to like rhubarb, that’s going to draw tourists. That’s powerful,’ Levine said. ‘It’s a quirky, bold, unusual claim that could speak well to potential visitors. I want to go there, and I don’t even like rhubarb pie.'” quoting Dan Voelpel, South Sound Business.
Read more