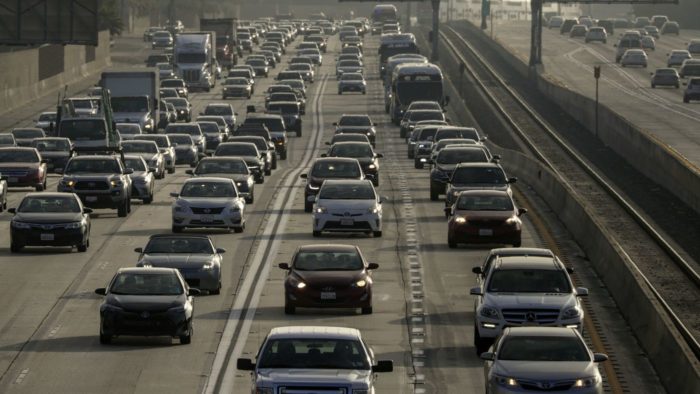 – Editor’s Note:
I purchased my first Nissan Leaf electric vehicle (EV) in 2010, the very first one sold in the 98597 zip code. I still drive one in reducing the carbon footprint supporting of Mother Nature. However, the continued environmental assault on the environment by the Trump Administration in the last year and a half should bother and trouble every American, especially those of us who live in the Pacific Northwest and so treasure the jewels of our area: clean streams, air, forests, mountains, lakes, and the Sound.

“Of all the Trump administration’s assaults on the environment, there may be none more destructive than the decision to weaken fuel economy standards and let cars, passenger trucks and SUV burn more gas and spew more tailpipe pollution.

“The Trump plan announced Thursday [Aug. 2] would freeze average fuel economy at 37 miles per gallon in 2021.

“Worse, the Trump plan seeks to revoke California’s longstanding legal authority to set its own standards for cleaner vehicles.”

“If there is any hope of avoiding catastrophe, the world has to dramatically slash the greenhouse gases responsible for climate change.”
Read more

“We will not stand idly by while this administration attempts to dismantle these critical protections in our fight against climate change. The State of Washington will take all necessary action to preserve our rights to regulate emissions.

“This action goes beyond negligence and failure to protect our environment. It is an outright assault on our state’s ability to protect the people of Washington from the devastating effects of climate change and pollution. We are prepared to go to court to stop this illegal action.”
Read more

– “The Rollback of EPA Clean Car Standards Will Cost You At Least $500 A Year”
“The country will take on another $5.5-$7.9 billion in additional costs from worsening air pollution.”