U.S. census will include a citizenship question for the first time in 70 years, 20 million immigrants/Green Card holders may be in jeopardy of citizenship! 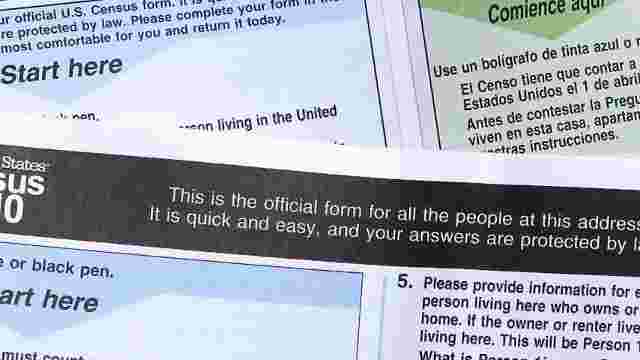 “The Trump administration’s decision to ask people about their citizenship in the 2020 Census set off worries that non-citizens will dodge the survey altogether, diluting political representation for states that tend to vote Democratic. Photo credit: AP, March 27, 2018.

– Editor’s note:
What happens to this community when many of our family, friends, and neighbors live in fear of an ICE pick-up or deportation? Who’s going to do the work of so many jobs that remain unfilled? Fill out the census form that one is not a citizen and will ICE come a calling? This will be a decision occurring by many on our doorstep.

– “Make Your Comment: Census Citizenship Question Is Unconstitutional”
“For the first time in 70 years, the U.S. census will include a question about citizenship, enabling what will essentially be a door-to-door federal inquiry of the citizenship status of every member of every household in the country. Experts agree that the question’s inclusion will dramatically reduce the participation of immigrant communities, stunting their growing political influence and depriving them of economic benefits. It’s a deliberate attempt by President Trump to once again attack immigrants,” quoting the ACLU.
Click here to sign the petition.

– “Now the Trump administration wants to limit citizenship for legal immigrants”
The most significant change to legal immigration in decades could affect millions of would-be citizens, say lawyers and advocates.

“The Trump administration is expected to issue a proposal in coming weeks that would make it harder for legal immigrants to become citizens or get green cards if they have ever used a range of popular public welfare programs, including Obamacare, four sources with knowledge of the plan told NBC News.

The move, which would not need congressional approval, is part of White House senior adviser Stephen Miller’s plan to limit the number of migrants who obtain legal status in the U.S. each year.”

“Immigration lawyers and advocates and public health researchers say it would be the biggest change to the legal immigration system in decades and estimate that more than 20 million immigrants could be affected. They say it would fall particularly hard on immigrants working jobs that don’t pay enough to support their families,” by Julia Ainsley, NBC News.
Read more