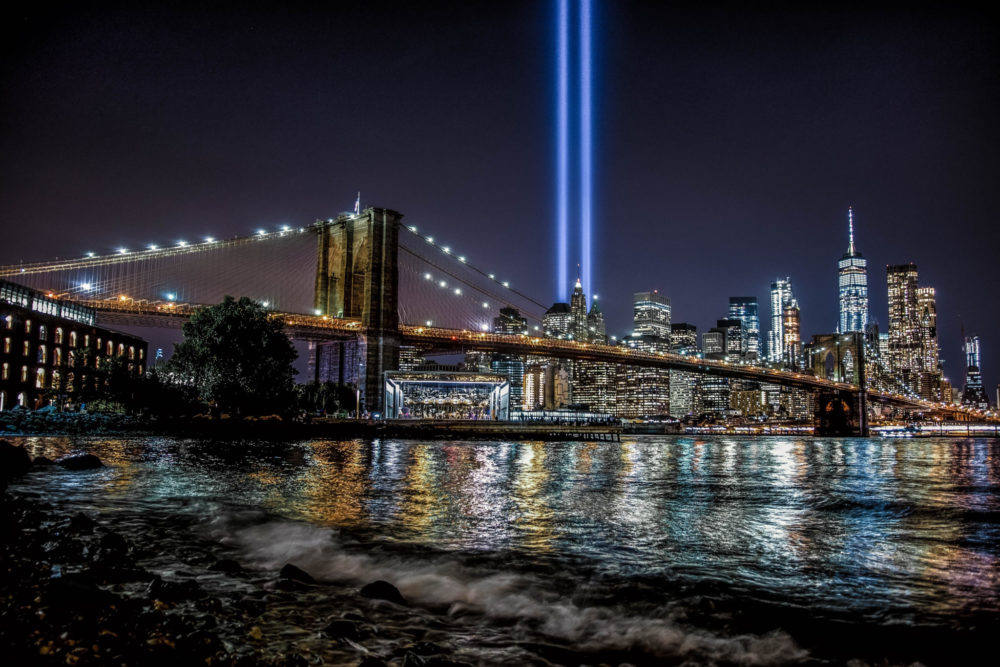 – From “911Truth.org”
“Ever since the moment of the first impact at the World Trade Center, a struggle has raged between two broad, competing ideas of what really happened on September 11th, 2001.

“The US administration delivered an almost immediate verdict, which can be described as follows: Dispatched by Osama Bin Ladins network and motivated by hatred and religious fanaticism, 19 suicide bombers hijacked four planes, crashed three of them into their targets, and caused the collapse of the Twin Towers as a consequence of the resulting damage and fires. The 19 men did not necessarily require any accomplices within the United States; and no one in the US government could have possibly anticipated or prevented the attacks.

“Even as the administration exploited this Official Story (or Official Conspiracy Theory) as the pretext to launch new wars long in the making, independent researchers began to accumulate a vast body of evidence suggesting a different narrative for 9/11: that of the False Flag Operation.”
Read more

– From “Architects & Engineers for 9/11 Truth”
“Architects & Engineers for 9/11 Truth (AE911Truth) is a non-profit non-partisan organization of architects, engineers and affiliates dedicated to exposing the falsehoods and to revealing facts about the complete destruction of all three World Trade Center high-rises on September 11, 2001.”
Click here

– From “Pilots for 9/11 Truth”
“Pilots for 9/11 Truth is an organization of aviation professionals and pilots throughout the globe who have gathered together for one purpose. We are committed to seeking the truth surrounding the events of the 11th of September 2001. Our main focus concentrates on the four flights, maneuvers performed and the reported pilots.”
“…the United States Government does not seem to be very forthcoming with answers or facts”.

“We stand with the numerous other growing organizations of Firefighters, Medical Professionals, Lawyers, Scholars, Military Officers, Veterans, Religious and Political Leaders, along side Survivors, family members of the victims — family members of soldiers who have made the ultimate sacrifice — including the many Ground Zero workers who are now ill or have passed away, when we ask for a true, new independent investigation into the events of 9/11.”
Read more

“9/11 IDENTIFY – NEW RELEASE DVD”
“It is now established the aircraft utilized on September 11, 2001 outperformed the design capability of a standard 757 and 767 by a wide margin. Investigating aircraft parts can and will provide positive identification of any aircraft. Have the four aircraft been positively identified through the wreckage recovered? Pilots For Truth present in depth analysis of the aircraft parts with alarming results.”
Click here to order your DVD.

– 2018: “WTC Cortlandt Subway Station Reopens for 1st Time Since 9/11 Attacks”
“A downtown subway station has reopened for the first time since it was destroyed in the World Trade Center attack 17 years ago.

Cheers erupted as the first train rolled into the new WTC Cortlandt station at noon Saturday.

The old Cortlandt Street station on the subway system’s No. 1 line was buried under the rubble of the twin towers on Sept. 11, 2001. Construction of the new station was delayed until the rebuilding of the surrounding towers was well underway.

Blogger Klein is a long-time subscriber to Pilots for 9/11 Truth.