– Editor’s note:
On Sunday, September 9th at 3pm, the Yelm Prairie Christian Center will host Jeanette Finicum, widow of LaVoy Finicum, the Arizona rancher killed in Oregon on January 26, 2016. Mrs. Finicum will share the story of what led to Lavoy’s death, followed by a screening of the documentary Part II Episode 2 of Lavoy: Dead Man Talking, “which explores LaVoy’s decisions and actions, leading up to the moment just before his death on that fateful day.” Mark Herr from The Center of Self Governance will also be joining. 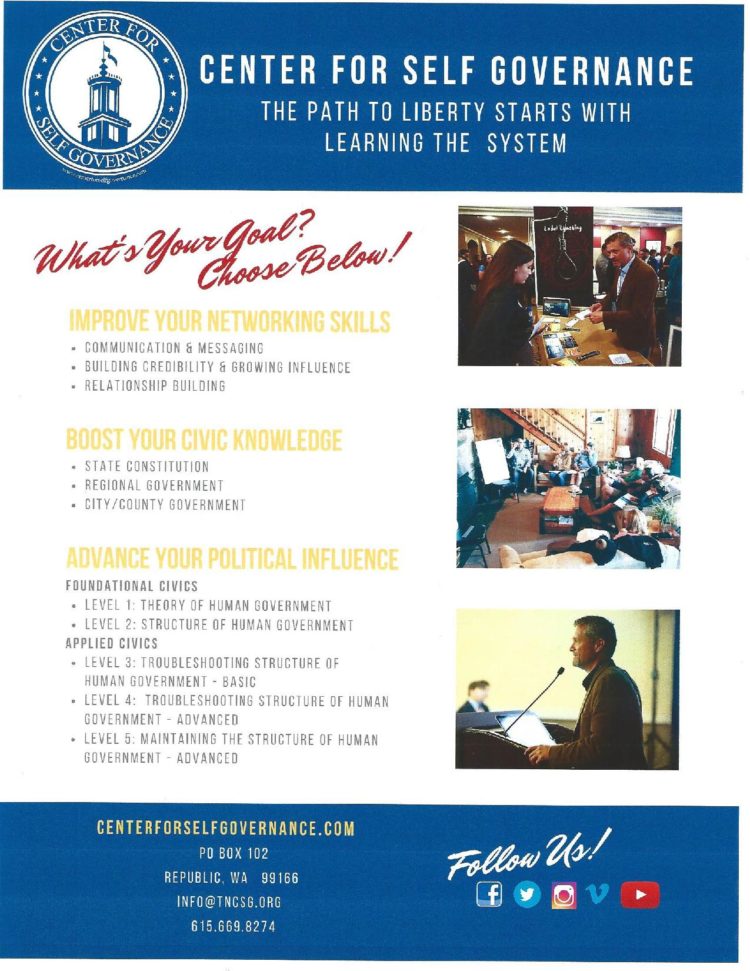 Credit: Center for Self Governance