45 years ago this weekend, Nixon’s “Saturday Night Massacre” began his demise, Now the world anticipates if this is Trump’s direction, too! 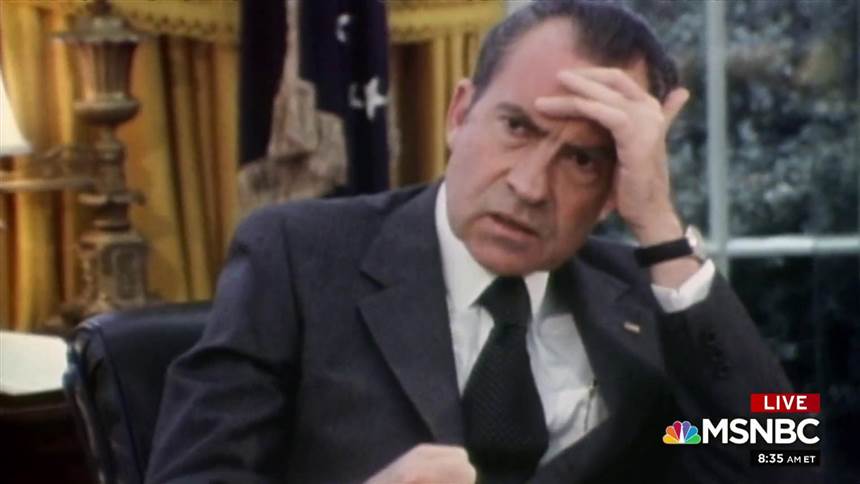 – Editor’s Note:
On Saturday, October 20, 1973, I was a Sophomore at college and remember that night very well. As Manager of the University of Miami (FL.) Football Team, the school had an unusual schedule that year requiring some games to be played in the home stadium’s Orange Bowl on Friday nights instead of Saturday, due to scheduling conflicts. Miami lost to Univ. of Houston the previous night, so we had a Saturday night off. With the team away from campus the previous Thursday and Friday, Saturday, October 19 was a night to catch-up on homework and missed class assignments. One of our roommates was watching TV when a Special Report broke into the broadcast with news of what became known as President Nixon’s Saturday Night Massacre. When this occurred, there was no question in the minds of fellow students and much of the country (except Nixon’s base), that this was the action of someone who was hiding something. Nixon resigned as President 10 months later.

With Trump signaling he may fire his Attorney General (AG) Jeff Sessions and Deputy AG Rob Rosenstein because he does not like the Muller investigation, is he following the same path as Nixon, and for the same reasons; that he is hiding something? History IS prologue after all, politicians never learn from history!
Stay tuned!

– “What Is the Saturday Night Massacre?
Decades Since Pivotal Watergate Event, History Could Repeat Itself Under Trump”

“It is 45 years since one of the most shocking days in American political history: The Saturday Night Massacre.

Today, with President Donald Trump, his campaign, family and friends under the microscope of special counsel Robert Mueller, will we witness history repeating itself?” by Shane Croucher, Newsweek.
Read more