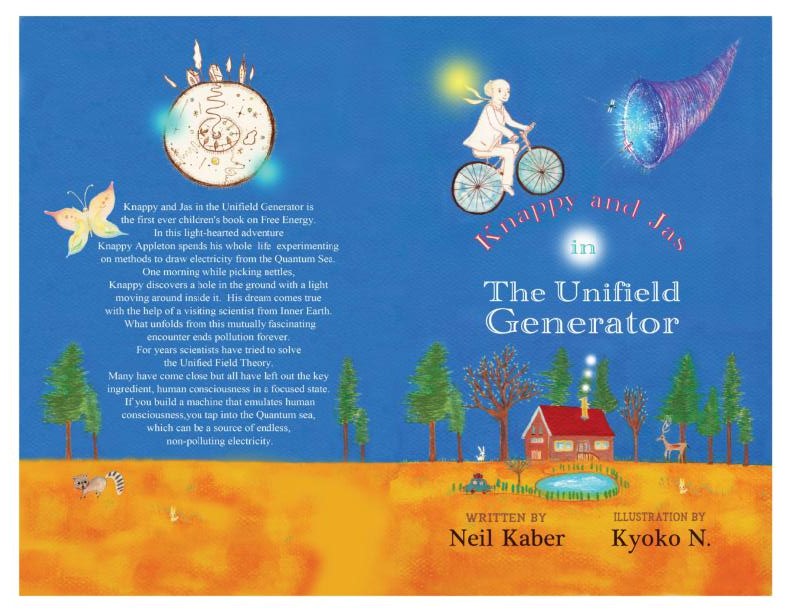 – From author Neil Kaber:
“I am happy to announce that I have just published a humorous children’s book, Knappy and Jas in the Unifield Generator, about the end of pollution on Earth utilizing the Unified Field Theory and Free Energy. The book is available in Yelm at JZ Rose and on Amazon.”

“I have had an active interest in science, in particular electronics, since age five. Over the years I have done many experiments. In 1970 I was introduced to the concept of Free Energy, creating usable power from the Quantum Field . From then on I was driven by the excitement of this discovery to learn as much as I could.

“Most of my inspiration came from the experiments of Wilhelm Reich, Edwin Gray, Stanley Myer, Troy Reed, Nikola Tesla, the Testatika Machine from Methernitha, fifty other inventors, and the Unified Field Theory of Bruce Cathie, and Ramtha. I understood that the same mechanism for gathering power from the Quantum Field was present in both the micro and the macro, in humans and machinery. A superconducting atom has the same spins as a person in a focused state of mind. Both are Free energy as they feed themselves and have no entropy.

“I wanted children to have knowledge of this discovery and have a fun adventure reading about it. Then I discovered the fabulous artwork of Kyoko Nakano on Facebook. She is a fellow RSE student with art that draws you right into that child within. I couldn’t have found a better match. We spent many months on Skype from Yelm to Japan conquering our language barriers to complete this beautiful and inspiring book.”
Read a description and order. 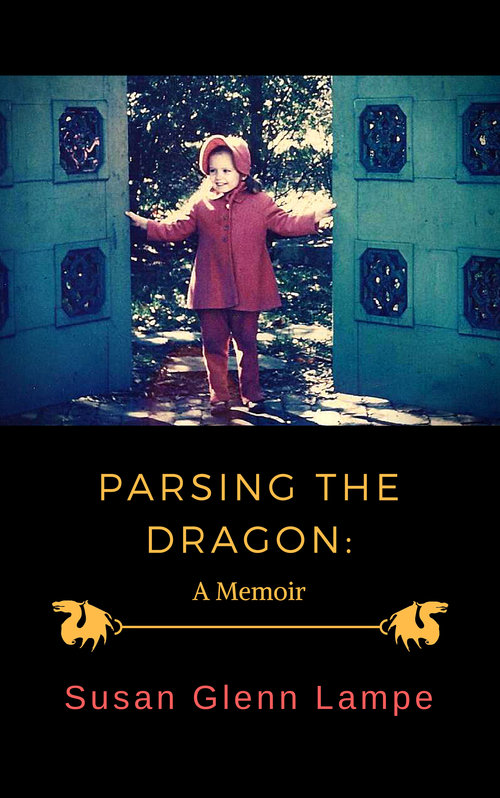 – From author Susan Glenn Lampe:
About Parsing the Dragon: A Memoir, The Butterfly ChaSu, Tiny Shooting Stars, and Butterflies and Other Dimensions.

“The author’s world shifts in 2006, when her father’s illness summons her back to her hometown, Decatur, Illinois, from her current home in the Pacific Northwest. She finds her father on the mend but his illness unmasks the hidden diagnosis of her mother’s dementia. Sensing the end of her mother’s life is imminent, Susan confronts her on their relationship, one fraught with so much criticism and cruelty, that the author secretly sees her mother as “The Dragon.” Throughout the next eight years, the Glenn children struggle to keep their ninety-year-old parents comfortable while they downsize the family’s unwieldy estate.

“On a September afternoon in 2010, Susan sorts through the last of her parents’ possessions still haunted by the question—-Did her mother truly love her? Suddenly she finds unexpected answers in a trove of letters found in a shoebox. The letters illuminate the lives of a young couple, Clarence and Adele Glenn, newly married but separated by war. Her mother awaits Susan’s birth in Chicago, while her father serves as ship’s doctor in the U.S. Navy, on the U.S.S. Natoma Bay aircraft carrier. The lives of the young family depend on the outcome of World War II.

“Parsing the Dragon: A Memoir, The Butterfly ChaSu, Tiny Shooting Stars, and Butterflies and Other Dimensions is available on Amazon.com in ebook ($3) and in paperback ($10). My website is www.parsingwithsusan.com.”
Click here to order.