What has happened to the formerly venerable Nisqually Valley News (NVN)? ‘Best of Nisqually’ 2018 vote tainted by their website’s voting inaccuracy 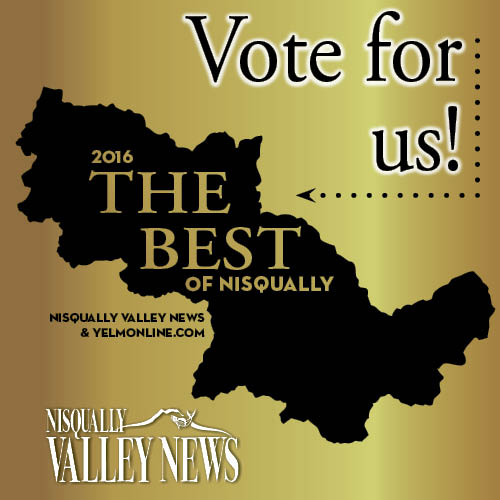 – Editor’s Note:
While newspapers in this country and worldwide are having financial challenges competing with more and more sources where people are obtaining their news, local newspapers have been the shining star in weathering the changes. However, the winds have noticeably changed affecting Yelm’s locally venerable Nisqually Valley News (NVN), which the public has been noticing. The following lists several of their issues in the last year:

* The difficulties in figuring how to properly cast votes in the 2018 “Best of Nisqually” contest may result in inaccurate or questionable tabulations, highlighting the NVN’s issues now more than ever. Each category has three selections, yet four circles to check, meaning a voter is unable to distinguish if they are casting their vote properly. Additionally, this contest is one of the year’s most anticipated by local businesses and their public’s participation, in previous years with a nice newspaper insert of the categories and finalists, including advertisements from those selected with their appreciation. My newspapers have had no “Best of Nisqually” inserts this year, only a single page listing of all of the entries. And no 2018 “Best of” logo. There has been no “buzz” and excitement this year in the newspaper as evidenced by comments on the NVN’s Facebook page focused on the voting discrepancy.
Click here to cast your ballot. Do you know if your vote is properly recorded for your choice?

– Additional observations about the NVN previously reported on this blog:
* There has not been a single comment in the online edition in months, only to the Facebook page. Lack on online comments by the public and subscribers is usually not a good sign, especially for a newspaper’s interactive website.

* The Sports Desk with Tyler Huey was one of the best features, and the newspaper suddenly released him last November, with no thanks of support for his years of service and no reason why he was severed. There has been no weekly sports editorial since.

* Publisher Michael Wagar assumed duties in Centrailia at the NVN’s parent company last April, leaving a vacuum without his outgoing warmth and community involvement here. While we may have disagreed on some local issues, Wagar always exchanged a kind hand-shake and greeting wherever I saw him. His door was always open and he returned phone calls and e-mails. His Op-Eds were timely and on-point, like this one in 2015 “Best of Nisqually Showcases Area Excellence.” Wagar remains the NVN Publisher.
There has been no Op-Ed since he vacated his Editor post at the NVN.

* Wagar hired former NVN Asst. Editor Megan Hansen last April to return here filling his shoes as NVN Editor. Interesting that Hansen has yet to write an Op-Ed, comment on hot-button city issues she covers at the city council meetings, nor used her “pen” to establish a personal connection with the community. I am certain she has had her hands filled with all of the changes in managing the Yelm office, plus putting together a weekly newspaper. However, the time has come for Hansen to connect more with this town, beyond interacting within her comfort zone at the friendly Chamber functions, city council sessions, and her circle of people she knows from when she was previously at the NVN. This town has grown, expanded and evolved, and the newspaper needs to evolve beyond the past, as well. She is now the face of the NVN in the community and needs to lead in her role.

* Last May, the stellar up-and-coming star reporter Andrew Kollar resigned to go on a personal quest, later announcing he would probably seek to further his career ambitions elsewhere. Kollar filed regular contributing reports in the NVN during his 4 months hiking the entire Pacific Coast Trail from the Mexican to the Canadian borders. Having recently concluded the hike, his fine contributions will be sorely missed and another vacuum both in his articles and calibur of reporting is yet to be filled.

* On May 25, the exemplary Advertising Mgr. Angie Evans announced she was leaving the NVN for higher ground after 15 years of outstanding service, amidst the tsunami of all of the aforementioned NVN management changes. She became the new Manager at the Prairie Hotel. Her passion, enthusiasm, goodwill and trust she garnered from a large cross-section of the community can not be easily replaced in the Advertising Dept.

* More reporter changes are in-progress, as well. Racquel Muncy, who has brought consistency in her Sports stories, is reportedly leaving as her husband is being transferred out of the area. Her smile and upbeat demeanor has been a welcome addition here.

– Bottom line:
Clearly our local newspaper is undergoing many simultaneous changes, yet as I have often written on this blog, local newspapers are the backbone of a community in keeping the fabric of our local talent connected for area readers.

The Yelm Community Blog wishes the NVN smooth sailing into the future once these challenges are behind them!

Filed under
Yelm Issues
Previous • Next