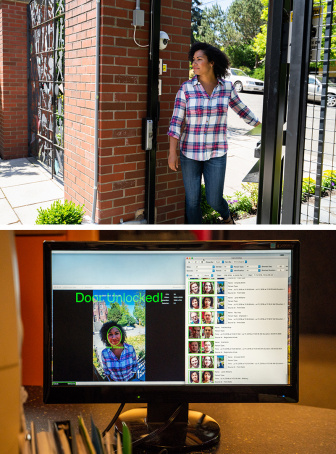 – “As facial-recognition technology grows, so does wariness about privacy. Use at a school in Seattle fuels debate.”

“The introduction of the technology has thrust RealNetworks [created Secure, Accurate Facial Recognition — or SAFR] into the center of a field that is growing quickly as software gets better at identifying faces. But growing along with it are privacy concerns and rising calls for regulation — even from the technology companies that are inventing the biometric software.

“Facial-recognition technology is already common, used in everything from photo apps that sort pictures of people, to unlocking an iPhone, to law-enforcement agencies searching databases of driver’s license photos.”

“But now, as RealNetworks’ SAFR shows, the technology has been moving further into public spaces. And with that, privacy advocates wonder if people fully realize how often their faces are being scanned, and advocates and the industry alike question where the line is between the benefits to the public and the cost to privacy,” Rachel Lerman, Seattle Times Technology Reporter.
Read more