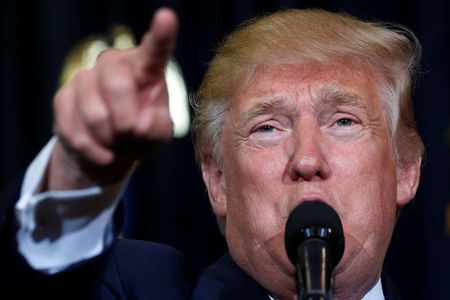 “Since most of the government is funded, Congress will be trying to avoid a partial shutdown [Dec. 7],” by CNN Wire via WREG-TV 3, Memphis.
Read more

– “Paul Tudor Jones says we’re in a global debt bubble…headed for some ‘scary moments'”
* “From a 50,000-feet viewpoint, we’re probably in a global debt bubble,” says Paul Tudor Jones, who is famous for making big macro calls. “Global debt to GDP is at an all-time high.”
* The investor added that some “scary” moments may come in the corporate bond market.
* Jones also Reasaid the Trump administration’s corporate tax cut from late last year could hurt investors down the road as the Federal Reserve keeps raising rates
By Fred Imbert, CNBC.
Read more

– “FBI: Spike in US hate crimes for third year in a row”
“Hate crimes in the US rose by 17% in 2017, the third straight year that incidents of bias-motivated attacks have grown, according to the FBI.

The rise in hate crimes is attributed to an increase of about 1,000 police departments that are now choosing to report these incidents, the FBI says.

“The budget gap for the 12 months through September was 17 percent wider than the same 12-month period a year earlier.”

“The budget deficit has continued to climb in recent years, raising concerns the country’s debt load of more than $21.5 trillion will grow out of control [under Trump],” quoting Bloomberg.
Read more

– “Tariffs costing Washington consumers…exporters, according to anti-tariff campaign “
“Washington consumers have paid an estimated $100 million more for imported goods since the Trump administration increased tariffs on some products coming into the United States.

“Washington farmers and other businesses that export their goods have seen a drop in demand as other countries retaliated with new or higher tariffs of their own on American products. In all, those new or higher tariffs totaled about $103 million more in 2018 than what Washington products faced a year ago, according to statistics compiled for a campaign called Tariffs Hurt the Heartland,” by Jim Camden, Spokane’s The Spokesman-Review.
Read more