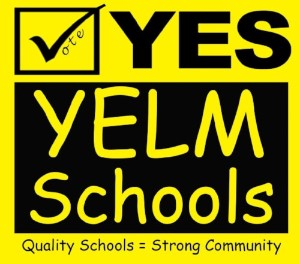 – “Yelm school district asking voters to approve $99 million bond”
“The Yelm School District is asking voters to pony up $99 [$98.9 to be exact] million to replace two schools and improve security at all its learning institutions.

“Ballots for the bond will be mailed January 24 and the special election will take place on Feb. 12, 2019.

– From Yelm Community Schools
“Current school tax includes state tax, local levy, and 2003 bond which is $8.04. There are changes in state funding (McCleary Decision) that will lower the state and local levy rates. In 2020 the total tax rate with the projected new bond rate would be $6.97 which is $1.07 less than property owners pay now. That rate will decline further as the 2003 bond is paid off in 2022.”
Read more 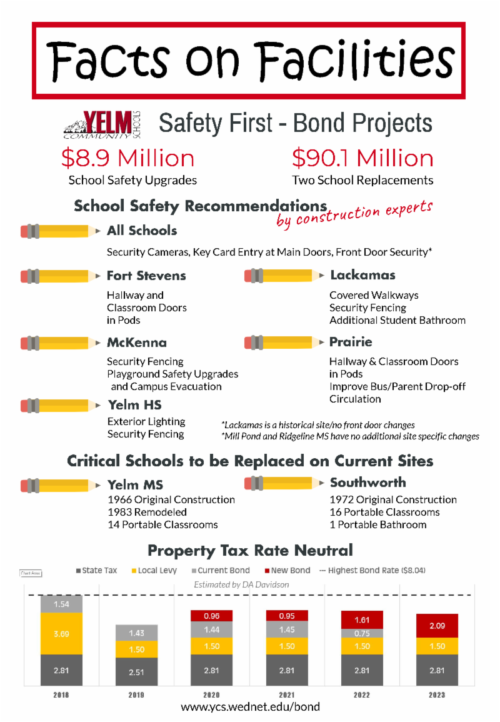 – From Superintendent Brian Wharton, YCS December 2018 E-Newsletter
“We are please the school board has passed a resolution to place a bond measure on the February 12, 2019, Special Election as recommended by the Community Facilities Advisory Committee and support by the Citizens for Support of Yelm Schools. Our focus is on improving student safety and replacing critical buildings.

“Each school will benefit from the bond proposal addressing safety projects. Take time to ask your school how these projects will improve your student’s educational experience and as they progress to other schools in our district.”