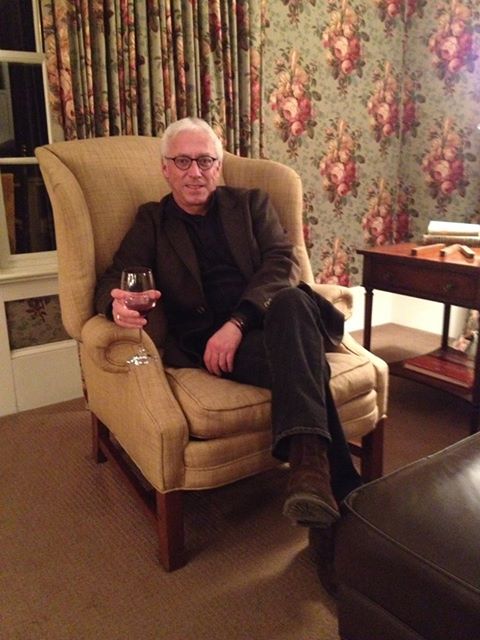 David was a an employee of Bank of Louisville from 1978-2002 and in 1998 was appointed the bank’s Chief Operating Officer (COO) & Executive Board Director until the company’s sale to BB&T in 2002.

David is the most recent past Board Chair for the Jewish Community of Louisville, a Board Member of Gilda’s Club Louisville, and a Founding Board Chair of the Louisville, KY. Metro Parks Foundation (2005) and their Chairman Emeritus.

He was also a former member of the Advisory Council of Actors Theater of Louisville, Jewish Hospital of Louisville Foundation Board, 1994 Leadership Louisville graduate, 2001 Corporate Campaign chairman for the Louisville Fund for the Arts, funded the Patient Navigator program of the James Graham Brown Cancer Center, Past President of the Louisville Visual Arts Assn., and was the 2013 keynote speaker at the KFC Yum! Center as the Kentucky Derby Julep Ball honoree.
Click here for the television interview prior to his presentation.

The family would like to extend a thank you and gratitude to the University of Texas MD Anderson Cancer Center in Houston and Dr. Michael Kommor and team at Kentucky Baptist Hospital
[see video below of David with Dr. Kommer].

Funeral services will be 2:00 p.m. Sunday, January 5, 2014 at The Temple, with burial to follow in The Temple Cemetery, Louisville, KY. 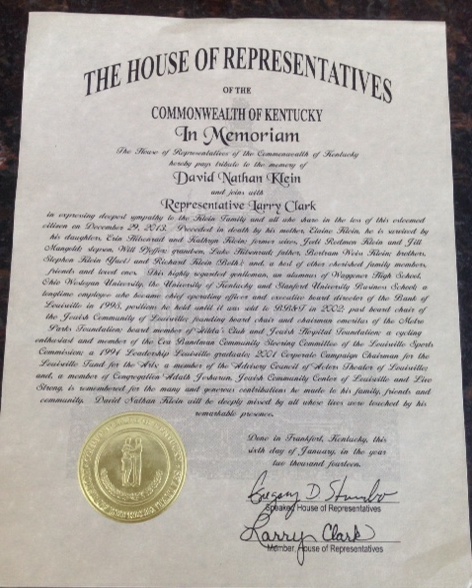