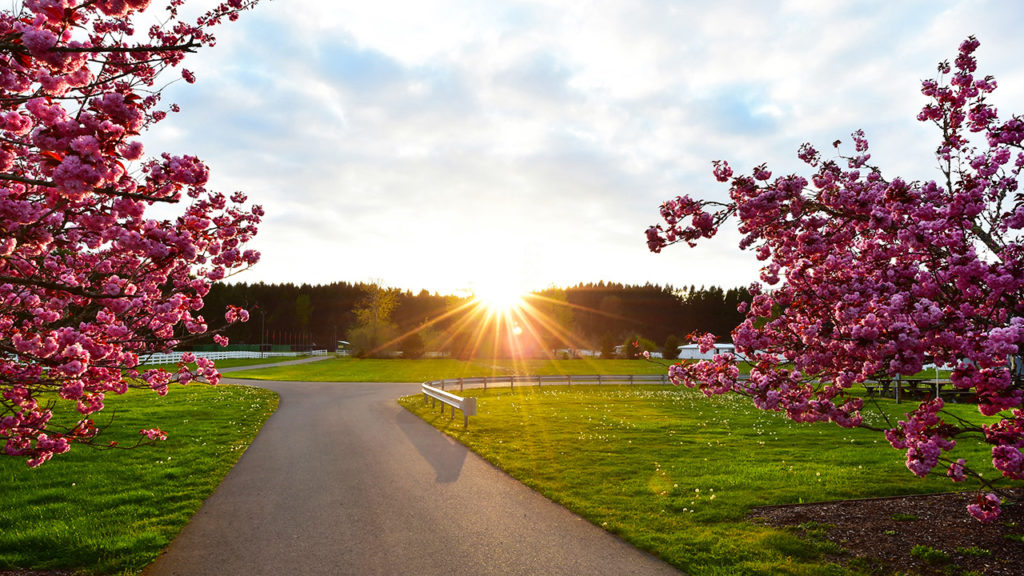 * Ramtha’s School of Enlightenment (RSE) hosts over 1,000 students to Yelm this weekend.
* “Reunion event” is largest Yelm gathering in 5 years.
* RSE is still an economic engine for SE Thurston, as local student-visitor spending is noted.
* Ramtha first appeared to JZ Knight 40 years ago this February.
* Yelm, Washington is known worldwide as a center of spiritual studies.

– Ramtha’s School of Enlightenment (RSE) will host over 1,000 students on Yelm campus.
The Reunion event is being simultaneously translated on-site in Chinese, Korean, Japanese, Italian, Spanish, French, Romanian, and German, as participants are required to participate on the Yelm campus, with no live-streaming of this event provided. Students are hailing from 2 dozen countries from around the world, which begins Sunday.

– RSE has continued to be an economic engine for dollars spent locally.
With thousands of students coming to Yelm, certain candidates for election this November [Kelsey Hulse for County Commissioner and Derek Maynes for LD 2 Rep.] recognized the contribution that RSE makes to the Thurston County economy by taking a stand in support of all constituents in this jurisdiction, including RSE. Some of their incumbent opponents will not visit nor support this school, because of their philosophical differences with the curriculum, about which they know nothing except through innuendo and hearsay, and having chosen to disregard a large voting bloc in their midst.

– Ramtha’s School of Enlightenment (RSE) website on their upcoming Reunion Event:
“Ramtha will update and be the teacher for Fieldwork®, The Tank®, and Analogical ArcherySM once again.

All students from the last 40 years are invited once again to be in the Consciousness of Magic and to interact with this legendary Teacher.”
Read more

– Ramtha and JZ Knight have been a team for almost 40 years!
Ramtha first appeared to JZ Knight in February 1977 and together, they have been the foundation and leaders for what has been termed the “New Age Movement” for nigh, 40 years.
Ramtha & Knight have spanned the globe since 1999 taking this quintessential knowledge to 6 continents (North America, South America, Europe, Asia, Australia, Africa)
and publishing Ramtha’s teachings in numerous books, audiotapes, CDs, videos, and live-streaming sessions.

– The Yelm seat of The American Gnostic School (RSE) is known throughout the world.
Knight is regarded as one of the most brilliant woman of our times, especially in esoteric knowledge.
Yelm is known as a center for spiritual studies because of Knight and RSE.