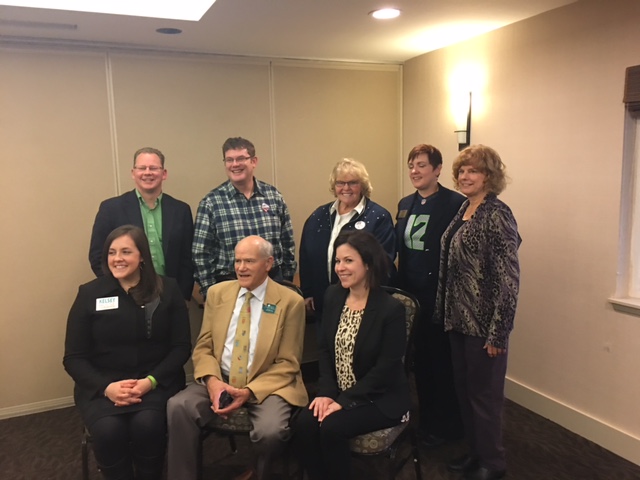 Approximately 50 people gathered last Sunday from 4-6pm to personally meet and engage these party candidates, with an informal exchange at the Prairie Hotel, followed by an explanation of each candidates platform and their vision, plus questions taken from the audience. Joining the collective were Thurston County Auditor Mary Hall, State Committee Democrat in Thurston County Christine Garst, Democrats LD2 Chair Phyllis Farrell, Weir Prairie (Rainier) PCO John Marley, and other area officials. Excellent questions were posed by the audience, including Scott Brineman’s of the South Puget Sound Carpenters Local 129, affiliated with the UBC (United Brotherhood of Carpenters and Joiner of America) and Diane Dondero’s, former County Commissioner District 1 candidate. Rep. Denny Heck was on assignment and while not available to attend, he sent his Thurston/Mason Counties office representative, handsome and enthusiastic Misha to deliver his message to the Yelm collective.

– Editor’s note:
While this was an historic event for Yelm to be the locale of such a fine gathering of candidates, also noted was an absence of ANY Yelm officials and the local newspaper. I care not what party to which Interim Mayor Foster adheres, he should have been present, or at the very least sent Mayor Pro-tem Wood to issue a welcome statement on his behalf, and especially to acknowledge a sitting Supreme Court Justice (who incidentally sided with the City of Yelm in a recent water case)! That was a major fauz pas on Interim Mayor Foster’s part.