NSA spy-hub discovered in the Northwest – in downtown Seattle! 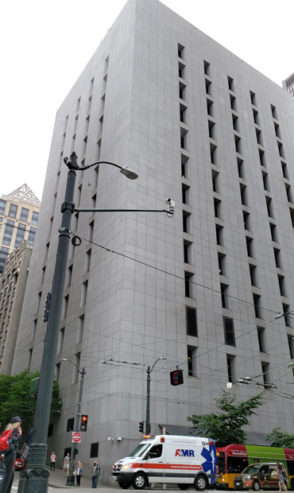 – “NSA spy hub allegedly discovered in downtown Seattle”
“‘It [an NSA spy hub in Seattle] highlights just how deeply embedded all of this actually is in terms of this being on US territory,’ Journalist Ryan Gallagher told KIRO Radio’s Dave Ross. ‘Of course, the NSA is supposed to be a foreign intelligence agency, so it shows the extent it relies upon facilities on American soil within US telecommunication networks.’

According to Gallagher’s story on The Intercept, there are eight hidden NSA spy hubs in US Cities — buildings where the NSA monitors phone calls, emails, and other online communications within the United States. The buildings are generally tied to AT&T operations. One is located at 3rd Avenue and Seneca Street in downtown Seattle,” by MyNorthwest.com, KIRO 97.3 FM Radio, Seattle.
Read more