Yelm’s 2nd annual Jazz in the Park this Saturday, Aug. 4, 5pm – “We want to make everybody feel like they are in Paris” 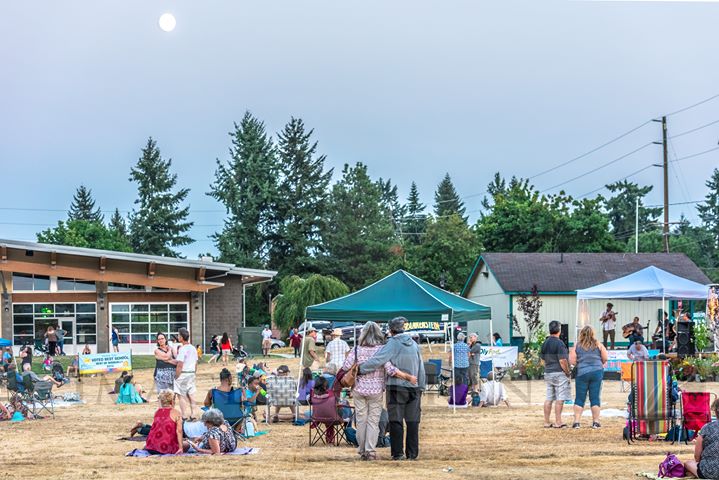 – “2018 Jazz in the Park Festival Takes Audience to Paris”
“Yelm, it is true, does not have an Eiffel Tower. But it does have a famous water tower; throw in some outdoor jazz, tasty food and a beer and wine garden and guests at the 2018 Jazz in the Park Festival may imagine themselves transported to Europe. ‘We want to make everybody feel like they are in Paris,’ says festival organizer and founder Marian Licxandru, who owns Pizzeria La Gitana restaurants in both Olympia and Yelm.”

“Pizzeria La Gitana is again co-hosting the free festival in conjunction with the City of Yelm and this year will bring a few changes, including later starting and ending times (5:00 p.m. to 11:00 p.m.). ‘We got great feedback last year and one of the only issues was that people wished it were longer,’ says Licxandru. ‘We’re going to begin when the weather is starting to cool down.’

“Gas firepits, patio heaters and string lights will keep guests warm and increase visibility, and again the Wine Cellar of Yelm will provide a wine and beer garden,” by Heidi Smith, in Thurston Talk.
Read more