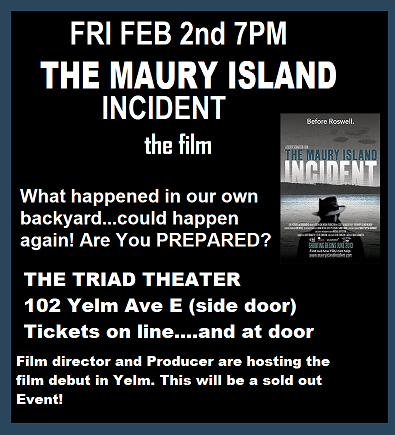 “The Maury Island UFO sighting on July 21, 1947 occurred just three days before the sighting of nine UFOs over Mt. Rainier by Kenneth Arnold on June 24, 1947, and a month before the reported Roswell UFO crash in New Mexico (July 4, 1947).”

“The Maury Island Incident will be introduced by [screenwriter] Steve Edmiston. A Question and Answer session will follow the film with the Filmmakers.”

“The filmmakers will take questions and discuss their upcoming projects, including a possible film on the Mt. Rainier UFO incident.”
Click here to read the full media release.