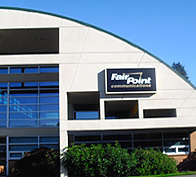 – Editor’s Note:
This evening the Yelm City Council voted to approve the purchase of the Fairpoint Building and adjacent land after much discussion. Steve Klein (Yelm Blog host) was the only public commenter, plus one Councilor DePinto received via e-mail and read aloud. While I thought this building and land was a nice addition to the city’s portfolio and I formerly agreed with the purchase, the comments from blog readers and others with their outrage over the lack of public process and transparency was cited, qualities which Mayor Foster and this city’s leaders have been touting as a priority. Well, actions speak louder than words! Councilors Carmody, Colt and DePinto voted against the purchase, the rest approved the resolution.
Click here for my public comments read on the record.

– Councilor Molly Carmody’s comments on her Council Facebook page
Tonight’s City Council meeting:
3. We narrowly approved the purchase of the Fairpoint building and 2 adjoining properties. While we all agreed that it would be an amazing and worthwhile addition to the city’s portfolio, several of us, including Cody Colt, Joe DePinto, and myself, felt that we should have gone through a more extensive public comment period. Vote was 4-3 in favor of buying the building. I have to say that I’m glad that the motion passed, but I will be pushing for a much more transparent process for future real estate acquisitions.

Thank you to my fellow Councilmembers for an excellent and very civil discussion on this issue!

This was a split decision and passed by a vote of 4-3. Voting in favor was Curry, Stillwell, Wood, and Kaminski. Voting in opposition was Carmody, Colt, and myself.

While I don’t think this was a bad acquisition by the city, I did have serious concerns with the lack of transparency and community engagement from city leadership, and the dipping into reserve funds.

More importantly for me, was that people I reached out to via social media, the NVN comments, and residents that I visited at their homes (I was out doorbelling right up to the vote today)…the people that I represent as an elected official…told me to vote no and so I did.

I will always do my best to represent the views and opinions of the majority of Yelm residents. I am here as your servant, not your master.

Feel free to check out the video yourself which I linked below. Have a great evening.
http://media.avcaptureall.com/session.html