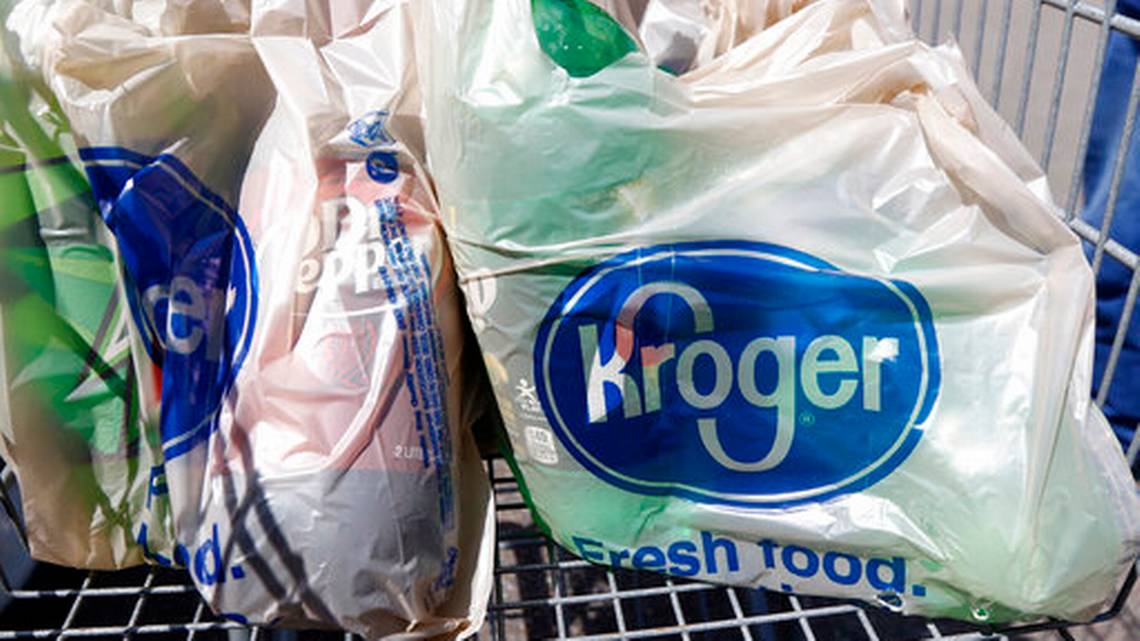 – Editor’s note:
When Albertsons’ Safeway brand phases out plastic bags, will the last major county jurisdiction, Yelm’s City Council, finally get the 4 council votes required to pass a plastic bag ban here? This no-brainer of an initiative has been previously vetoed by the pre-2018 council. The time has come to bring this to a vote by the 2018-2019 council!

– “Kroger, which owns QFC and Fred Meyer, to phase out plastic bags at all stores”
“Seattle is once again setting trends for environmental practices at stores: A little more than six years after the city banned plastic bags, the nation’s largest grocery store is beginning to phase out the use of plastic bags as more Americans grow uncomfortable with their impact on the environment.

“Kroger Co. will start Thursday [Aug. 23] at its QFC stores in and around Seattle, with the goal of using no plastic bags at those stores next year. Fred Meyer, which is also owned by Kroger, will follow soon after. The company said it will be plastic-bag free at all of its nearly 2,800 stores by 2025.

Retail stores in Seattle were banned from issuing single-use plastic bags in July of 2012. The move spread, with over a dozen cities in the state, including Tacoma and Olympia, also banning plastic bags,” quoting the Seattle PI.
Read more