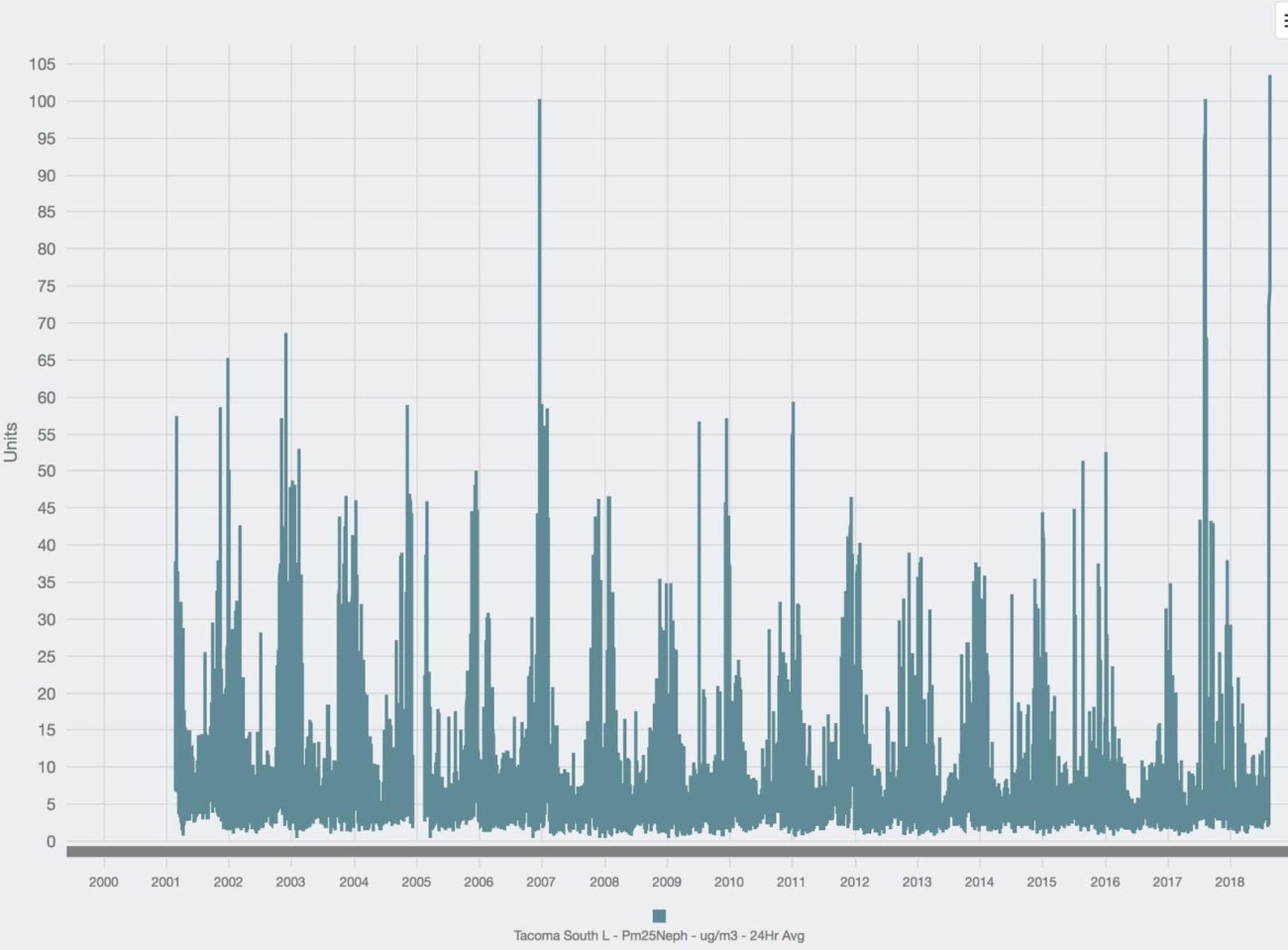 The air quality in Western Washington was “unhealthy for everyone” at most air monitoring sites Wednesday. Puget Sound Clean Air Agency says these are the highest particulate levels so far this summer,” Rich Marriott, KING 5 TV News, Seattle.
Read more