Yelm’s “Christmas in the Park” 30th annual event is Saturday 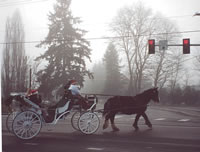 – Editor’s Note:
Former Mayor Ron Harding said this about Christmas in the Park, “a traditional centerpiece for the city of Yelm and those who have called this place home for many, many years.”

This IS true as I can attest, for I was here for the very first Christmas in the Park celebration in 1988 after moving to Yelm in September 1988.

– From the Yelm Chamber of Commerce:
The Yelm Area Chamber of Commerce’s annual Christmas parade is the kick-off to the holiday season. We invite all our local businesses and organizations to join the Saturday morning parade, held the first Saturday of December. We also invite area citizens to come out and enjoy the spectacle!
The Parade starts at 9:30am.
Followed by a day of holiday cheer and family-fun activities at Yelm City Park.
The community blessing and lighting of the Christmas Tree and Water Tower will begin at 4:30pm.
Sponsored by the Yelm Chamber and city of Yelm’s Parks Advisory Committee.
Read more